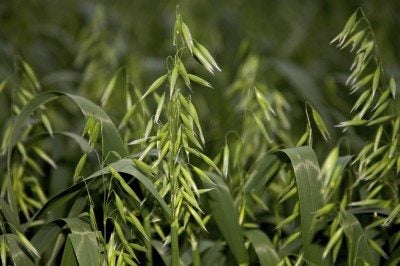 A healthy vegetable garden requires nutrient rich soil. Many gardeners add compost, manure and other organic materials to enrich the soil, but another method is by planting veggie garden cover crops. So what is it and why is cover cropping for increased vegetable production a good idea?

What are Cover Crops in the Garden?

The organic matter we use to amend our soils provides food for earthworms, bacteria, fungi, nematodes and others that live in the soil and in turn make it fertile. Planting cover crops for vegetable gardens is just another method of infusing organic matter into the garden to facilitate healthier growth and production. Cover crops in the garden improve the soil’s physical structure and fertility.

Growing cover crops for vegetable gardens also halts soil erosion, reduces weed problems, aids in water retention and provides cover for beneficial insects. Once the cover crop has been worked back into the soil, it provides nitrogen, phosphorus, potassium as well as other micronutrients. Cover crops used to attract beneficial insects to aid in controlling insect pests are called “trap crops.”

Cover cropping for vegetable production is also sometimes called green manure, which is simply in reference to the type of plant used in the cover cropping. Green manure refers to plants used for cover cropping which are in the pea (legume) family.

Pea family green manures are special in that they enrich the soil’s nitrogen levels as a result of the presence of bacteria (Rhizobium spp.) in their root systems which convert nitrogen gas from the air into nitrogen usable to the plant. Pea seed should be treated with a bacterium, available from the garden center, prior to planting it as a cover crop, as the bacterium may not naturally reside in your soil.

If your soil is in need of nitrogen, use Austrian peas or the like as a cover crop. Plant grass crops such as winter wheat, grain rye or oats to scavenge leftover nutrients from the veggie garden and then recycle them by plowing it in the spring. Depending upon your soil needs, you may even plant a combination of green manure and grass as a cover crop.

Along with green manure types of cover crops, there are a large variety of choices for the home gardener. The timing for planting cover crops varies as well, with some types sown in late summer and others late fall. Cover crops may be planted right after harvest, in lieu of a veggie crop or in an area that is fallow.

Cover crops planted in the spring or summer are called “warm season” and include buckwheat. These warm season crops grow rapidly, thus foiling weed growth while protecting bare soil from crusting and water erosion. Cover crops planted in late summer to early fall after veggie harvest are referred to as cool season cover crops. They are planted early enough to mature before winter sets in. Some types of plants will overwinter and begin growth again in the spring, while others will die back in the winter months.

If you want to plant early crops in the spring, like radishes, peas and spring greens, plants that die back over the winter, such as oats, are a good choice.

If, however, you plant a cover crop such as rye, which will begin growth again in the spring, it will need to be tilled under prior to planting the vegetable garden. This is a great choice for areas of the garden in which you want to plant tomatoes, peppers and squash. Mow the cover crop before it goes to seed and then till under and allow the soil to lie fallow for three to six weeks prior to planting.

How to Plant Cover Crops