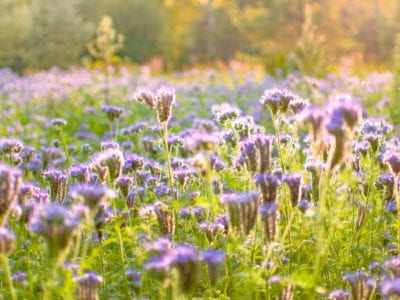 There’s a growing awareness among gardeners concerning the use of non-native plants. This extends to the planting of vegetable cover crops. What are cover crops and are there any benefits to using native plants as cover crops? Let’s explore this phenomenon and you can decide if cover cropping with native plants is right for you.

What are Vegetable Cover Crops?

In lieu of tilling garden soil at the end of the growing season, gardeners are finding value in sowing what is best described as “green” manure cover crops. These vegetable cover crops are planted in the fall, grow over winter, and then are tilled into the soil in the spring.

Cover crops prevent erosion of garden soil and leaching of nutrients over the winter, once these plants are tilled into the soil, they begin returning nutrients to the garden. Legume cover crops have the nitrogen-fixing ability and actually return more nitrogen to the soil than they consumed.

Hairy vetch, white clover, and winter rye are among the most popular cover crops gardeners use. Surprisingly, these are not native cover crops for North America. Although not typically considered invasive, these species have become naturalized in most parts of the world.

Gardeners and commercial growers are finding positive effects from cover cropping with native plants. These benefits include:

Gardeners interested in vegetable cover cropping with native plants are best advised to consult their local extension agent or agricultural agency for information on local indigenous species. Often, native cover crop seeds are difficult to find or expensive to purchase.

Here are some species which have been considered when using native plants as cover crops: