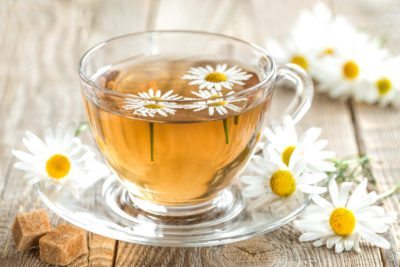 There’s nothing like a soothing cup of chamomile tea. Not only does it taste good, but chamomile tea has a number of health benefits as well. Plus, there is something so calming about the process of making tea from chamomile you’ve grown yourself. If you’ve never thought about growing your own chamomile tea plant for tea brewing, now’s the time. Chamomile is easy to grow and thrives in a variety of areas. Read on to find out how to grow chamomile for tea.

There’s no wonder that a cup of chamomile tea soothes the soul. Not only does it have mild sedative properties, but has been used for centuries for its anti-inflammatory, anti-bacterial, and for anti-allergenic uses as well.

Chamomile has also been used to treat stomach cramps, irritable bowels, indigestion, gas, and colic as well as menstrual cramps, hay fever, rheumatic pain, rashes, and lumbago. The herb has been used as a salve for hemorrhoids and wounds, and the steam has been inhaled to treat cold symptoms and asthma.

Many people drink chamomile tea to reduce their anxiety and to aid in sleeping. Really, an amazing list of health benefits has been attributed to just one cup of chamomile tea.

Chamomile comes in two types: German and Roman chamomile. German chamomile is an annual, bushy shrub that grows up to 3 feet (91 cm.) in height. Roman chamomile is a low growing perennial. Both produce similar aromatic blooms, but German is the more commonly grown for use in teas. Both are hardy in USDA zones 5 to 8. When it comes to growing chamomile for tea, either will work.

German chamomile is native to Europe, North Africa, and areas of Asia. It has been used since the Middle Ages and throughout ancient Greece, Rome, and Egypt for a plethora of ailments. Chamomile has even been used to naturally lighten hair and the flowers can be used to make a yellow-brown fabric dye.

How to Grow Chamomile Tea

Chamomile should be planted in a sunny location with at least eight hours per day of direct sun, but not scorching sun. Chamomile will thrive in average soil and can be grown directly in the ground or in containers.

Chamomile can be grown from nursery transplants, but it also germinates quickly and easily from seed. To sow seeds, prepare the planting area by raking it level and removing any weeds. The seeds are extremely tiny, so guard them from any gusts of wind or you will have chamomile everywhere.

Scatter the seeds onto the prepared soil bed. It’s okay if the seeds aren’t evenly distributed since you will have to thin the bed soon anyway. Gently press the seeds into the soil with your fingertips. Don’t cover them; chamomile seeds need direct exposure to sunlight to germinate.

Mist the planting area until damp. Keep the area damp during germination, which should take about seven to ten days.

Once the seedlings are up, you will notice that they are a bit crowded. It’s time to thin them. Choose seedlings that are weak looking to remove and space the remaining seedling at about 4 square inches (26 sq. cm.) apart from each other. Use scissors to snip those you are removing rather than pulling them from the soil. That way, you won’t be disturbing the roots of the remaining seedlings.

Thereafter, the plants require almost no attention; just water them when they look droopy. If you scratch a little compost into the plot in the spring, they shouldn’t even need any fertilizer. If you plant chamomile in containers, however, it might benefit from a little organic fertilizer every third watering.