Should I Prune Herbs: Which Herbs Need Pruning And When 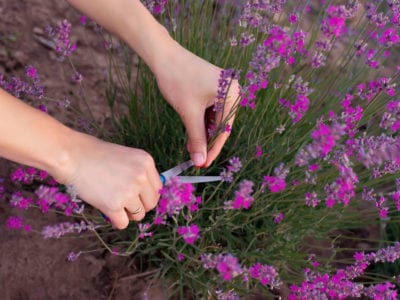 Should I prune herbs? It may seem counterproductive to prune an herb when it’s robust and growing like crazy, but pruning herbs for growth results in healthier, more attractive plants. Pruning also improves air circulation around the plants.

The tricky part is knowing which herbs need pruning and exactly when to prune herbs. There are many types of herb plants and all aren’t created equal. However, this information on general herb pruning should make things a little more clear.

When to Prune Herbs: Which Herbs Need Pruning?

Leafy (herbaceous) herbs, including cilantro, oregano, chives, sweet basil, mint, tarragon, and basil, are grown for their aromatic, flavorful foliage. Without regular pruning, the plants will begin to die back after flowering. Pruning generally extends their useful lives until later in the growing season.

Feel free to pinch new growth at the top of the plants frequently, beginning when the herbs are young. Don’t wait until the plants are spindly and overgrown. Removing one to two inches (2.5 to 5 cm.) of the tip will force the plant to branch out, thus creating a fuller, bushier plant.

However, if leafy herbs get long and leggy, you can safely cut them back to half of their height.

Woody (evergreen) herbs such as sage, thyme, and rosemary should be pruned once every year, either in fall or preferably when new growth emerges in spring. These herbs get woodier as they age, and woody stems don’t produce leaves. Woody herbs are hardy plants, but it’s best not to remove more than one-third of a plant’s growth at any one time. Pruning too severely can damage or even kill herbs.

Lavender, however, is a bit different. Cut lavender back after the first bloom then prune about two-thirds of the plant’s height after the last blooms have faded.

Tips on Pruning Herbs for Growth

Prune as needed to remove blossoms, as flowers rob the plants of energy and deplete the aroma and flavor. Leave a few flowers in place, however, if you want to harvest the seeds. In general, stop pruning herbs about eight weeks before the first average frost date in your area. Pruning too late in the season produces tender new growth that is likely to be damaged by winter cold.

Fingernails work best for pruning most herbs, but woodier plants may require pruning shears. Pinch or cut stems cleanly, as ragged cuts may invite disease. Pinch or cut where a leaf grows from the stem. When to prune herbs? Morning is the best time, as the aroma and flavor are at their peak early in the day when the air is cool.