Types Of Nuts In Gardens – Information On Seed Vs. Nut Vs. Legume 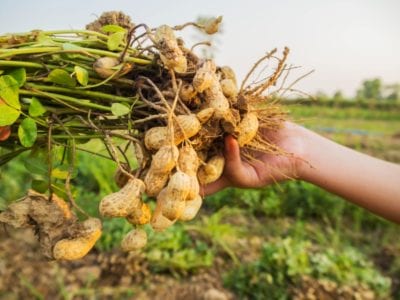 In order to demystify the difference between nuts and seeds, we need a working definition. Here’s why it gets confusing. A nut is a one-celled, one-seeded dry fruit with a hard shell (pericarp). So we just mentioned it has a seed, so why isn’t it a seed?

Well, for one thing, nuts tend to cling to their shells and only a nutcracker or mechanical equipment shall separate the two. Also, the seeds are the propagative part of the plant and are eaten along with the fruit. The nut may have one seed or two, and these are the embryonic part of the plant.

Seeds, on the other hand, are the small plant enclosed in the seed coat, which is stored food to nourish the plant as it grows. Some seeds need their exterior husk removed before eating and others, such as sesame and poppy seeds, do not.

Now that we’re getting a grip on whether something is a nut or seed, just to add to the confusion, we then have something called a drupe. Drupes are often lumped in with nuts. A drupe is a fruit that is pulpy on the interior and encased in a hard shell that contains a seed. Peaches and plums are drupes, and their interior seed is discarded while the fleshy pulp is eaten. In some cases, however, the seed within the fruit, what is often referred to as a nut, is eaten. Examples of these include almonds, coconuts, pecans, and walnut.

So which nuts are actually nuts? As mentioned, sometimes drupes are referred to as types of nuts. Botanically speaking, however, acorns, chestnuts, and hazelnuts/filberts are true nuts.

What about Brazil nuts, surely they are nuts? Nope, not a nut. It’s a seed. How about the aforementioned peanut? Well, it’s actually a legume. What about a pine nut? You guessed it, it’s a seed.

Seed vs. Nut vs. Legume

What’s the difference between seed vs. nut vs. legume then? While peanuts (groundnuts) are similar in taste and look like nuts, not to mention the “nut” in their name, they are actually legumes. Legumes come in a pod (peanut shell) containing multiple fruit. The fruit splits when they are ready to harvest. Nuts have only one fruit inside the shell. Peas, carob, and all the bean varieties are legumes.

That said, culinary nuts, seeds, and drupes (not to mention peanuts), often cross lines, which is why it gets so darn confusing.

Printer Friendly Version
Read more about General Nut Care
Next>
Did you find this helpful? Share it with your friends!
FacebookTweetPinEmail
Related Articles
Newest Articles
You might also like…
Additional Help & Information