Beet Plant Wilting: Reasons Beets Are Falling Over Or Wilting 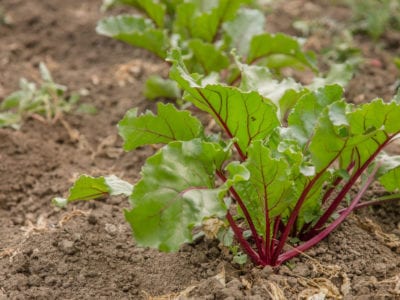 Cool season beets are a fairly easy crop to grow but they can be afflicted by a number of beet growing problems. Most stem from insects, diseases, or environmental stressors. One such issue arises when beet plants are falling over or wilting. What are some of the reasons for a beet plant wilting and is there a solution?

Help For Beet Seedlings Falling Over

Seedlings can become leggy if they’re started with a light source that is too far away; the beets stretch to the light, becoming leggy. The result, of course, will be that they simply can’t support themselves and you get beets that are falling over.

If you see that your beet seedlings are falling over, an additional cause may be wind, especially, if you are hardening them off outside prior to transplanting. Keep the seedlings in a protected area until they harden off and strengthen. Also, start slowly when hardening off. Begin by bringing the seedlings outside for one to two hours at first in a shaded area and then gradually work up to an additional hour each day in increasing sun exposure so they can adjust to the bright sun and temperature differences.

Wilting in beets may be the consequence of insect infestation or disease.

A number of insects can afflict beets.

Wilting may also be caused by a number of diseases.

Lastly, not just disease or insects can cause beets to wilt. The first thing to consider if any plant is wilting is whether or not it’s getting enough water. Conversely, an overabundance of water can cause a plant to wilt. Really, almost any environmental stress can lead to wilting. Although beets are a cool season crops, they can still be affected by extended cold snaps, as frost damage may also cause beets to wilt.