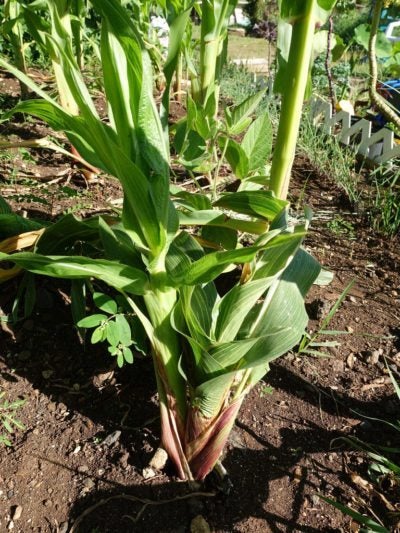 About Dwarf Mosaic Virus in Corn

Mosaic virus of maize plants is transmitted rapidly by several species of aphids. It is harbored by Johnson grass, a troublesome perennial grass that plagues farmers and gardeners across the country.

The disease may also affect a number of other plants, including oats, millet, sugarcane, and sorghum, all of which can also serve as host plants for the virus. However, Johnson grass is the primary culprit.

The corn plant may take on a bunchy, stunted appearance and usually won’t exceed a height of 3 feet (1 m.). Dwarf mosaic virus in corn may also result in root rot. Plants may be barren. If ears develop, they may be unusually small or may lack kernels.

Symptoms of infected Johnson grass are similar, with greenish-yellow or reddish-purple streaks running along the veins. Symptoms are most apparent on the top two or three leaves.

Control Johnson grass as soon as it emerges. Encourage your neighbors to control the weed too; Johnson grass in the surrounding environment increases the risk of disease in your garden.

Check plants carefully after an aphid infestation. Spray aphids with insecticidal soap spray as soon as they appear and repeat as needed. Large crops or severe infestations may require use of a systemic insecticide.