How To Stop Leeks From Bolting And Going To Seed 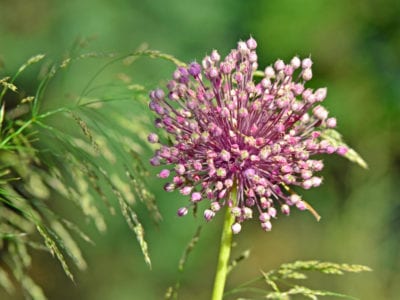 Leeks are an unusual but delicious vegetable to grow in the garden. They are much like onions and are often used in gourmet cooking. A common problem that gardeners have with these alliums is bolting leeks. When leeks have gone to seed, they become tough and inedible. Below you will find some tips on stopping the leek flowering or bolting.

Why a Leek Plant Flowers and Bolts

When many plants bolt or go to seed, like broccoli or basil, it is due to warm temperatures. With leeks, it’s different. When leeks go to seed, it is normally due to being exposed to optimal temperatures followed by cold temperatures. In other words, a leek flowering is due to cold weather, not warm weather.

When a leek flowers, it causes the neck or lower stem of the leek to become woody and tough and the leek will become bitter. While you can technically still eat leeks that have gone to seed, you probably won’t like the flavor.

How to Stop Leeks from Flowering

The first thing to do to stop bolting leeks is to plant at the right time. While leeks can survive freezing temperatures, they will be more prone to go to seed later on if they are exposed to freezing temperatures. This means that you should plant leeks after daytime temperatures are consistently above 45 degrees F. (7 C.).

If you plan on growing a winter crop of leeks, plan on harvesting them in early spring, as they will bolt fairly quickly after warm temperatures arrive.

Other than weather, too much fertilizer is probably the next biggest cause of bolting leeks. Avoid fertilizing when the leeks are planted and while the leeks are growing. If you would like to add fertilizer to the leeks beds, do so at least one season before you plant. Use a fertilizer higher in nitrogen and lower in phosphorus.

Another thing you can do to stop leek flowering is to plant smaller transplants. Make sure your leek transplants are thinner than the width of a normal drinking straw.

In the home garden you’re also better off harvesting smaller leeks. The larger the leek plants grow, the more likely they are to produce a leek plant flower.

It’s possible to grow leeks at home and keep those leeks from bolting and ruining all your hard work. Armed with this knowledge, you can avoid a bed full of leeks that have gone to seed.