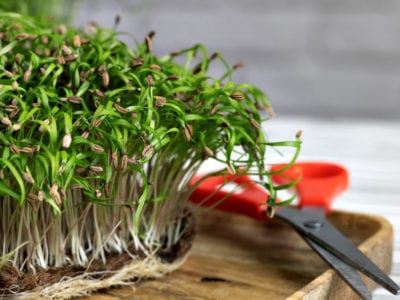 Have you ever tried growing vegetables in the dark? You may be surprised at how many low-light edibles you can cultivate. Vegetables grown with low-light gardening techniques often have a milder flavor or different taste than when the same plants are exposed to sunlight. This alone can make low-light edibles appealing to both home and commercial gardeners. Growing edibles in the dark has another benefit as well.

Due to higher labor costs, growing edibles in the dark often raises their market value. Low-light gardening can be a profitable solution for gardeners wishing to enter a niche market. Here are three plants which use the energy stored in their roots to produce vegetables in the dark:

Roots are not the only place plants store energy for growth. Seeds are a compact energy source used to fuel germination. The energy stored inside seeds can also be used to grow vegetables in the dark: