Southeast
By: Becca Badgett, Co-author of How to Grow an EMERGENCY Garden
Printer Friendly Version 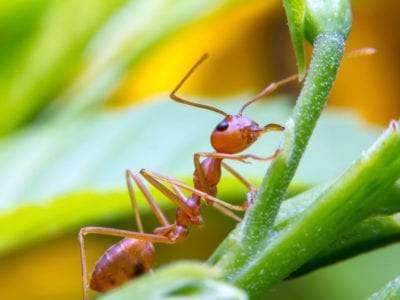 Possibly the most complicated part of gardening in the South, and certainly the least fun, is controlling pests. One day it seems the garden looks healthy and the next day you’re seeing plants yellow and die. This is often the result of southern garden pests. Read on for some common pests in Southeast regions.

Garden Pests in the South

Insects with piercing-sucking mouthparts attack and literally drain the sap, fluids, and the life from happily growing plants. They have a beak (proboscis) that is modified to pierce plants. These insects include aphids, leafhoppers, scale insects, and whiteflies.

The proboscis is used by the insects similar to the way humans use a straw. Similar damage is caused by insects with rasping/sucking mouthparts, like mites and thrips.

Signs of this damage includes yellowing or curled leaves, wilting, mottled or necrotic (dead) spots on the foliage, or new leaves that are discolored and misshapen. These insects may also excrete a sticky liquid (honeydew) that covers leaves and stems. This sugary substance may attract ants and eventually become sooty mold.

Ants are particularly a problem, as they protect southeastern pests and will move them from plant to plant to continue the flow of the honeydew, a substance ants love. This symbiotic relationship can eventually destroy entire gardens if not stopped by the gardener. Speaking of ants, fire ants are a big nuisance in these parts and their painful bites are no joke.

Some insects, such as aphids, can be removed with a blast from the hose. Adding beneficial insects to the garden can eliminate the problem, as they destroy pests in southeastern regions. You can sometimes attract beneficial insects by planting flowers and providing water for them.

Before resorting to chemical control, attempt using insect control products without dangerous chemicals. Use insecticidal soap or neem oil. Spray on stems and foliage when the sun is not shining on them. Don’t forget the underside of the leaves. Treat regularly until pests are gone.

Other pests have chewing mouthparts that create holes and tears in leaves. These also damage roots, stems, buds, and open flowers. Entire leaves become discolored and may even disappear. Stems are sometimes severed by the insects. These insects include grasshoppers, caterpillars, beetles, and leaf-cutter bees. When they attack the roots, the plant may wilt, become yellowed, and generally have an unhealthy appearance.

Keep an eye out for pests when you’re near flowers, fruits, and vegetables. Release or attract beneficial insects before pests appear. Sources say, “beneficial insects can often keep pace with pest populations” and keep them under control.

Printer Friendly Version
Read more about Southeast
<PreviousNext>
Did you find this helpful? Share it with your friends!
FacebookTweetPinEmail
Related Articles
Newest Articles
You might also like…
Additional Help & Information