Should You Replace Mulch: When To Add New Mulch To Gardens 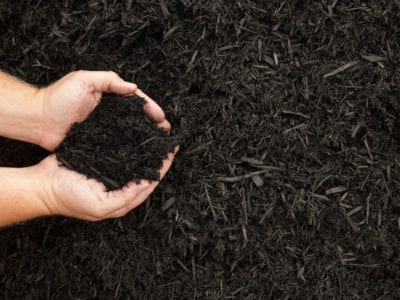 Spring is upon us and it’s time to replace last year’s mulch, or is it? Should you replace mulch? Refreshing garden mulch each year depends on a number of factors such as weather conditions and the type of mulch used. Some mulch will last up to five years while other types will have broken down in a year. Read on to learn when to add new mulch and how to change mulch.

Should You Replace Mulch?

Mulch is laid down to retain moisture, repel weeds, and regulate soil temps. As time goes by, organic mulch naturally decays and becomes part of the soil. Some mulch breaks down more rapidly than others.

Materials such as shredded leaves and compost break down quite rapidly while larger bark mulches take longer. Weather will also cause mulch to decompose more or less rapidly. So, the question of refreshing garden mulch depends on what type of mulch you are using as well as how weather conditions have been.

All natural mulch breaks down eventually. If you are unsure of when to add new mulch, grab a good handful. If the particles have become small and more like the soil, it’s time to replenish.

When to Add New Mulch

If the mulch is still relatively intact, you can choose to retain it. If you wish to amend the bed with compost and/or introduce new plants, simply rake the mulch to the side or onto a tarp. When you have completed your task, replace the mulch around the plants.

Wood mulch, particularly shredded wood mulch, tends to mat which can keep water and sunlight from penetrating. Fluff the mulch with a rake or cultivator to aerate it and, if need be, add additional mulch. If the matted mulch shows signs of fungus or mold, however, treat with a fungicide or remove it completely.

Mulch may not only degrade but can get moved around from foot traffic or heavy rains and wind. The goal is to have 2 to 3 inches (5-8 cm.) of mulch in place. Lightweight, very broken-down mulch (such as shredded leaves) may need to be replaced twice a year while heavier bark mulch may last years.

How to Change Mulch

If you’ve decided last year’s mulch needs to be replaced, the question is how and what to do with the old mulch. Some people remove last year’s mulch and add it to the compost pile. Others figure that the broken-down mulch will add to the tilth of the soil and either leave it as is or dig it in further and then apply a new layer of mulch.

More specifically, think about refreshing garden mulch if there is less than 2 inches (5 cm.) in your flowerbeds and less than 3 inches (8 cm.) around shrubs and trees. If you’re down an inch (2.5 cm.) or so, generally you can top off the old layer with enough new mulch to make up the difference.