How Long Does Weed Killer Last In The Soil 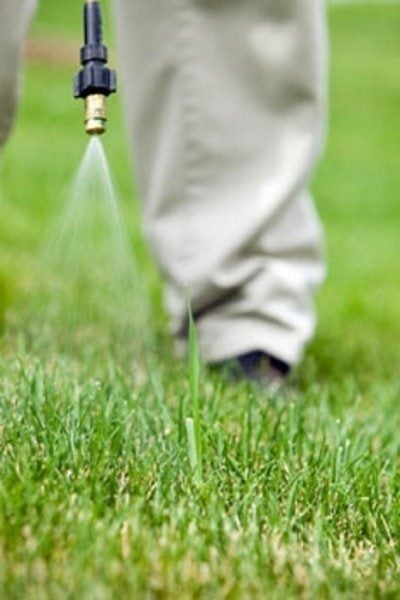 Weed killer (herbicide) can be an effective way to get rid of any unwanted plants you may have growing in your yard, but weed killer is normally made up of pretty potent chemicals. These chemicals may not be something you wish to have contaminating plants, especially fruit and vegetables. So the questions “How long does weed killer last in the soil?” and “Is it safe to eat food grown in spots where weed killer has been sprayed previously?” can come up.

The first thing to realize is if the weed killer was still present, chances are your plants would not be able to survive. Very few plants can survive a weed killer chemical, and the ones that do are either genetically modified to do so or are weeds that have become resistant. Chances are, the fruit or vegetable plant you are growing isn’t resistant to weed killer, or most herbicides in general. Many weed killers are designed to attack the plant’s root system. If weed killer was still present in the soil, you would not be able to grow anything.

This is why most weed killers are designed to evaporate within 24 to 78 hours. This means that for the most part, it is safe to plant anything, edible or non-edible, in a place where you have sprayed weed killer after three days. If you want to be extra sure, you can wait a week or two before planting.

In fact, the majority of residentially sold weed killers are required by law to break down in the soil within 14 days, if not sooner. Take glyphosate, for example. This post-emergent, non-selective herbicide generally breaks down within days to weeks depending on the specific product you have.

(NOTE: New research has indicated that glyphosate may, in fact, remain in the soil longer than initially thought, up to at least a year. It is best to avoid use of this herbicide if at all possible unless absolutely necessary – and then only with caution.)

While all herbicide residue degrades over time, it is still dependent on several factors: climatic conditions (light, moisture, and temp.), soil and herbicide properties. Even if there are some residual, non-plant lethal chemicals left in the soil after the weed killer has evaporated or broken down, these chemicals most likely will have been leeched away after one or two good rainfalls or waterings.

Still, it can be argued that these chemical herbicides linger in soil well beyond a month, or even years, and it is true that residual sterilants, or “bare ground” herbicides, remain in the soil for long periods. But these stronger weed killers are normally limited to agricultural specialists and professionals. They are not meant for home use around gardens and landscapes; therefore, the average homeowner is usually not allowed to purchase them.

For the most part, the chemicals found in weed killers aren’t a problem for the home gardener after they have evaporated. According to many professionals in the field, most of the weed killers used today have a relatively short residual life, as those found to be more potent are typically denied registration by the EPA.

This being said, it’s always a good idea to completely read the directions and warnings on the label of any weed killer or herbicide product you buy. The manufacturer will have provided detailed instructions on how to apply the weed killer and when it will be safe to grow plants in that area again.