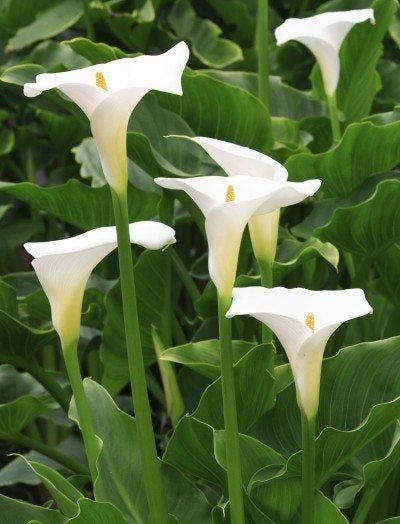 Calla lilies don’t drop petals like many other plants when their flowers are done blooming. Once the calla flower begins to die, it rolls up into a tube, often turning green on the outside. These spent blossoms on calla lily plants are done, have no purpose and should be clipped off. Learn how to deadhead calla lily and the benefits of removing spent blossoms instead of leaving them on the stems.

Unlike many other flowers, calla lily deadheading won’t cause the plant to create more blossoms. Each calla is designed to create a certain number of flowers, sometimes one or two and other times as many as six. Once those blooms have died off, the plant will only show foliage until the following spring.

So if it won’t create more flowers, why do you deadhead calla lily plants? The reasons are twofold:

How to Deadhead Calla Lily

The information on deadheading calla lilies is a simple set of instructions. Your aim is to remove the blossom, as well as to make the plant more attractive.

Use a set of garden shears or a pair of scissors to clip the stem off near the base. Make sure none of the bare stem is sticking up through the leaves, but leave a stub of stem near the base of the plant.

Coincidentally, if you want to clip calla lilies for use in bouquets, this is the best way to remove the flowers while leaving a healthy plant.

Printer Friendly Version
Read more about Calla Lilies
<PreviousNext>
Did you find this helpful? Share it with your friends!
FacebookTweetPinEmail
Related Articles
Newest Articles
You might also like…
Additional Help & Information