What Is Agave Crown Rot: How To Save Plants With Crown Rot 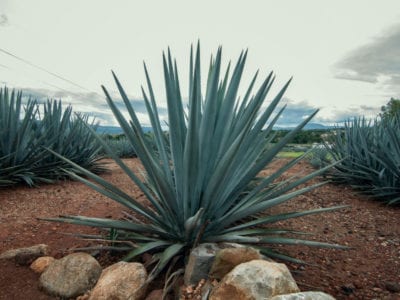 While usually an easy plant to grow in rock gardens and hot, dry areas, agave can be susceptible to bacterial and fungal rots if exposed to too much moisture and humidity. Cool, wet spring weather that rapidly changes to hot, humid summer can cause a surge in fungal growth and pest populations. Mid- to late-summer crown rot of agave plants can be common in cooler climates and potted plants. Read on to learn what you can do for agave plants with crown rot.

What is Agave Crown Rot?

Agave, or century plant, is native to the deserts of Mexico and hardy in zones 8 to 10. In landscaping, they can be a stunning addition to rock gardens and other xeriscaping projects. The best way to prevent root and crown rot of agave plants is to situate them in a location with excellent drainage, infrequent irrigation, and full sun.

Agave plants should also never be watered overhead, a slow trickle of water right at the root zone can prevent the splashing and spread of fungal spores, as well as prevent the crown rot that can happen if water pools up in the crown of agave plants. Pumice, crushed stone, or sand can be added to the soil when planting an agave to provide more drainage. Container-grown agave will do best in a cactus or succulent soil mixture.

Crown rot of agave may present itself as gray or mottled lesions or, in extreme cases, the plant’s leaves may entirely turn gray or black and shrivel right where they grow out from the crown. Red/orange fungal spores may also be obvious near the plant crown.

Crown and root rots in agave can also be caused by an insect called the agave snout weevil, which injects bacteria into the plant as it chews on its leaves. The bacteria cause soft, squishy lesions in the plant where the pest then lays its eggs. Once hatched, the weevil larvae tunnel their way to the roots and soil, spreading rot as they work their way throughout the plant.

How to Save Plants with Crown Rot

It is important to regularly inspect your agave plant for signs of insect chewing and rot, especially if it not growing in optimal conditions. If caught early enough, fungal and bacterial rots can be controlled with selective pruning and treatment of fungicides such as thiophanate methyl or neem oil.

Leaves with chew marks or lesions should be cut off at the crown and disposed of immediately. When pruning away diseased plant tissues, it’s recommended that you dip pruners in a mixture of bleach and water between each cut.

In extreme cases of rot, it may be necessary to dig up the whole plant, remove all soil from the roots, prune off all crown and root rot that is present, and, if there is any plant left, treat it with fungicide and replant it in a new location. Or it may be best to dig up the plant and replace it with a disease-resistant variety.

Before planting anything in the area that an infected plant was growing in, you should sterilize the soil, which could still contain pests and disease after the infected plant has been removed.