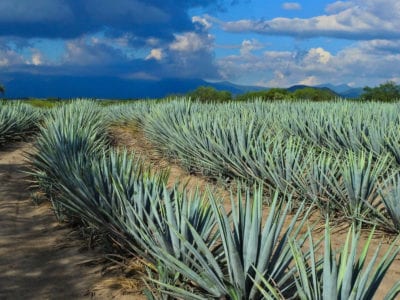 Root rot is a common disease in plants that is usually caused by poor drainage or improper watering. While more common in potted plants, root rot can also affect outdoor plants. Desert plants like succulents, cacti, and agave are especially susceptible to root rot if they are planted in the wrong conditions. Continue reading to learn more about managing root rot in agave.

What is Agave Root Rot?

Agave, also commonly called century plant, is a desert plant native to Mexico. It grows best in dry conditions in full sun. Too much shade or soil that is too moist and drains poorly can cause the plant’s roots to rot. Weather fluctuations, such as unusually cold and rainy periods followed by extreme heat and humidity, can also contribute to root rot.

Agave is hardy in zones 8 to 10. They have been known to survive temperatures down to 15 degrees F. (-9 C.) but when exposed to freezing temperatures, the plant will be damaged by frost in just a few hours. Weakened, damaged plant tissues become a perfect host for fungal and bacterial diseases and pests.

Then as the earth heats up and humidity fills the air, fungal diseases quickly grow and spread. Since roots are under soil, root rot may go undetected until the whole plant tips over from having no roots to anchor it in place.

Agave root rot symptoms may include a generally unhealthy appearance of the plant, lesions around the plant crown, tipping over of the plant, and roots that are gray/black and slimy.

If caught before the entire root system has rotted, you can dig up the plant, remove all soil from the roots, and cut off all the rotted parts. Then treat the plant and roots with a fungicide such as thiopanate methyl or neem oil. Move the plant to a different location with full sun and well-draining soil. Pumice can be mixed in with the soil for better drainage.

If the roots have all rotted, all you can do is discard the plant and treat the soil with a fungicide to prevent the fungal disease from spreading to other plants. To prevent agave root rot in the future, remember agave is a desert plant. It needs full sun and should be planted in an area that tends to be dry, like a rock garden.