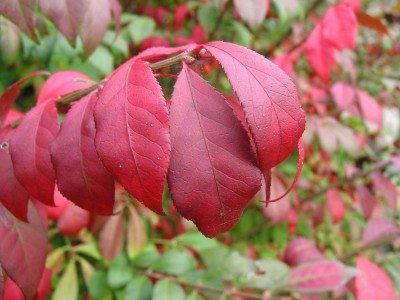 Burning bush (also known as Euonymus alatus) is a dramatic addition to any garden or landscape. While it is a popular shrub, burning bush is also a shrub that is prone to “overgrowing” its space. The health of a burning bush plant does not rely on regular burning bush pruning, the desired size and shape of the plant does.

Rejuvenation of a Burning Bush

Burning bushes are notorious for slowly overgrowing their space. What started out as a lovely, well-shaped shrub can turn into a monster of a plant that is scruffy, leggy, and sparse. While your first reaction would be to remove it, you should consider instead rejuvenating your burning bush. Rejuvenation is simply severely cutting back the plant so that it can grow all new growth.

To do rejuvenation pruning on a burning bush, take either a sharp, clean pair of pruning shears or hedge clippers and cut the entire burning bush plant down all the way to about 1 to 3 inches (2.5 to 7.5 cm.) from the ground. While this may seem drastic, it is healthy for the plant and will result in the burning bush being forced to grow new, full, and more manageable growth.

Pruning a Burning Bush for Shape

When trimming burning bushes for shape, you can also use either a sharp pair of pruning shears or hedge clippers, depending on how much you want to shape the plant. Picture the shape that you wish for your burning bush and remove any branches that fall outside of that shape.

If you are pruning your burning bush so that it can grow as a hedge, remember to trim the top of the burning bush plant slightly more narrow than the bottom to allow light to reach all of the leaves on the shrub.

You may also want to thin out interior branches that may be crossing other branches or are unhealthy.

When to Prune a Burning Bush

If you are trimming burning bushes to rejuvenate them, you should be doing this in early spring, before the burning bush starts to put out leaves.

If you are pruning a burning bush to shape it, you can prune it while it is dormant, in either late winter or very early spring.

Printer Friendly Version
Read more about Burning Bush
Next>
Did you find this helpful? Share it with your friends!
FacebookTweetPinEmail
Related Articles
Newest Articles
You might also like…
Additional Help & Information