Hydrangea Flowers – When Do Hydrangeas Bloom 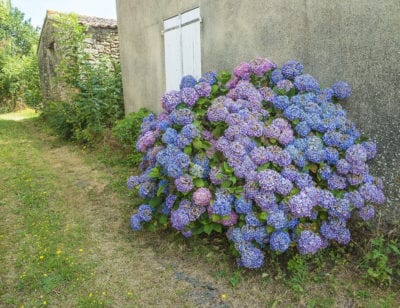 When do hydrangeas bloom? This seems like a straightforward enough question, and yet it isn’t. There is no one definitive hydrangea flowering season. Why is it more difficult to discern hydrangea bloom time? When a hydrangea flowers depends on a few things.

When Do Hydrangeas Bloom?

Hydrangeas are woody flowering shrubs grown for their beautiful blossoms. As to when hydrangeas bloom, the simple answer is that a usually a hydrangea flowers from mid-spring through the late summer or early fall.

The answer isn’t more definitive because the timing for hydrangea flowers depends on other factors besides just being a hydrangea. So, if you have a hydrangea that’s not blooming this season, you may need to learn more about your specific variety and other factors that can influence its flowering.

One reason that there is no set date for hydrangea blossoms is that there are five main types of hydrangea found in North America. These include bigleaf (mophead and lacecap), oakleaf, panicle, smooth, and climbing.

Each type of hydrangea has a different bloom time. For instance, mophead hydrangeas bloom from late spring to midsummer in the southernmost regions. The exception to this is the new re-blooming hydrangeas which may bloom the entire growing season.

Hydrangea bloom time for panicle types is from late spring to early summer, but the blooms stay on the plant until winter’s chill topples them.

Climbing hydrangeas bloom from late spring until midsummer, and the lovely oakleaf varieties bloom from early summer in southern regions and from midsummer to early fall in the Midwest and northern states.

Another difficulty in knowing exactly when hydrangea flowers; in different sections of the country, the same type of hydrangea will bloom at different times. Hydrangeas planted in warmer climates will bloom earlier and longer than those in northern climates.

Hydrangea flowering season is also affected by pruning or the lack thereof. Pruning some varieties of hydrangea in the spring can delay their blooms. Hard pruning of smooth hydrangea in the late winter to early spring will reduce the number of flowers but increase their size and delay hydrangea bloom time.

Lastly, hydrangea flowering season isn’t only dictated by the cultivar and/or pruning. Hydrangea bloom time is also influenced by sun exposure, over or underwatering, and overfertilizing the plant.