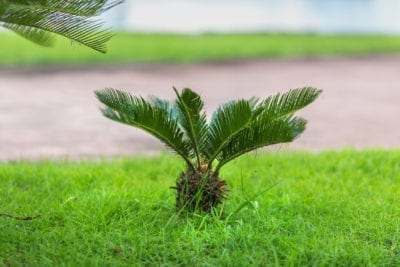 For those living in mild regions, sago palms are an excellent choice to add visual interest to home landscapes. Sago palms have also found a place indoors among potted plant enthusiasts. Though not technically a type of palm, these easy-to-grow cycads continue to gain popularity. If you’re lucky enough to have one flowering or know someone else that does, you can use the seeds from a sago palm to try your hand at growing a new plant. Read on for tips on preparing sago palm seeds for planting.

Those wishing to grow sago palms have several options. Most commonly, the plants can be purchased online or at garden centers. These transplants are generally small and will take several years to gain size. However, their care and planting is simple.

More adventurous and budget savvy growers, on the other hand, may look into the process of how to plant sago palm seeds. Sago palm seed germination will first rely on the seed itself. Sago palm plants can be either male or female. In order to produce viable seed, both mature male and female plants will need to be present. In lieu of available plants, ordering seeds from a reputable seed supplier will be key in obtaining seed that is likely to germinate.

Seeds of the sago palm are usually bright orange to red in appearance. Like many large seeds, be prepared to wait patiently, as sago palm seed germination may take several months. To begin growing sago palm from seed, growers will need a quality pair of gloves, as the seeds do contain toxins. With gloved hands, take the seeds from a sago palm and plant them into a shallow seed starting tray or pot. In preparing sago palm seeds for planting, all outer husks should have already been removed from the seed – soaking in water beforehand can help with this.

Arrange the sago palm seeds in the tray horizontally. Next, cover the seeds with a sandy based seed starting mix. Place the tray in a warm location indoors which will not go below 70 degrees F. (21 C.). Keep the tray consistently moist through the sago palm seed germination process.

After several months, growers may begin to see their first signs of growth in the tray. Allow the seedlings to grow in the tray at least three to four more months before attempting to transplant them into larger pots.