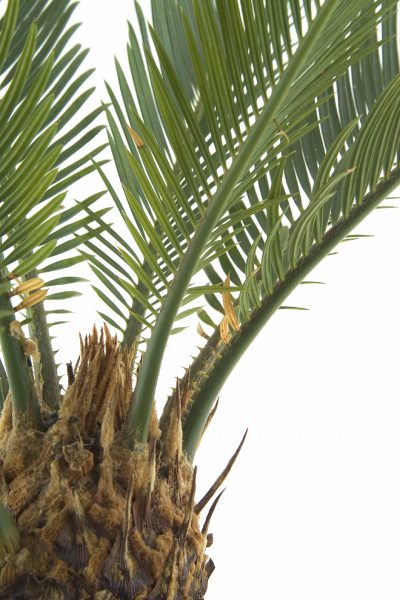 Sago palms (Cycas revoluta) have long, palm-like leaves, but despite the name and the leaves, they are not palms at all. They are cycads, ancient plants akin to conifers. These plants are so lush and lovely that nobody can fault you for wanting more than one. Fortunately, your sago will produce offsets, called pups, which can be split from the parent tree and planted solo. Read on to learn about separating sago palm pups to produce new plants.

Can You Split a Sago Palm?

Can you split a sago palm? The answer to that question depends on what you mean by “split.” If your sago palm stalk has split, forming two heads, don’t think about dividing them. If you split the tree trunk down the middle or even chop off one of the heads, the tree will never heal from the wounds. In time, it will die.

The only way to split sago palms is by separating sago palm pups from the parent plant. This type of sago palm division can be done without injuring either the pup or the parent.

When you are splitting a sago palm pup from a mature plant, first figure out where the pup attaches to the parent plant. Wiggle the pup until it pulls off, or else cut the narrow base.

After separating sago palm pups from the parent plant, clip off any leaves and roots on the pups. Place the offsets in the shade to harden off for a week. Then plant each one in a pot a couple of inches (5 cm.) bigger than it is.

Sago palm divisions must be watered thoroughly when the pups are first planted in soil. After that, allow the soil to dry before adding more water.

When you are dividing sago palms, it takes a pup several months to produce roots. Once you notice roots growing out of the drainage holes in the pots, you’ll have to water more frequently. Don’t add fertilizer until the pup has strong roots and its first set of leaves.