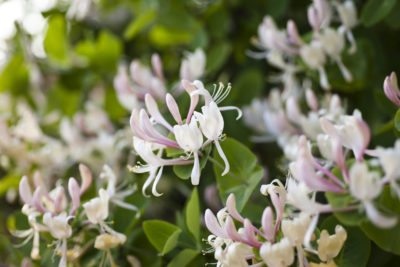 Few things smell better than fragrant honeysuckle blossoms. But even the most attractive plants must be moved around in the garden sometimes. Whether you have a vine or a shrub, transplanting honeysuckles isn’t too hard, as long as you know what you are doing. If you are planning on transplanting bush honeysuckle or moving a honeysuckle vine in the near future, you’ll find tips in this article that will assist you.

When Can You Transplant Honeysuckle?

Can you transplant honeysuckles vines and bushes? Yes, you can. Just be sure you act at the right time. Despite its vining habit, honeysuckle is a woody shrub. In cool to moderate climates, it’s a deciduous plant that goes dormant in autumn. This is an ideal time to transplant.

If you happen to live in a very warm climate where honeysuckles don’t go dormant, you have more choice in timing. Transplanting honeysuckles is possible at almost any time of the year, although you’ll do well to exclude periods of extreme summer heat.

How to Transplant a Honeysuckle Plant

If you are planning on transplanting bush honeysuckle or moving honeysuckle vines, you’ll want to plan ahead so that you can root prune the plant. Do this in spring by tracing a large circle on the surface of the soil around the rootball, then cutting down along that circle with a sharp spade. Root pruning is an important part of transplanting honeysuckles because it severs the longest roots. The new, shorter roots can be transplanted with the rootball.

The next step in transplanting honeysuckles is to dig a new hole. Choose your location well, taking into account the needs of the species you have, and dig out a hole quite a bit larger than the rootball. Mix compost into the native soil.

Then return to the plant. Use a shovel or spade to reopen and expand the circle around the rootball until you can wedge a shovel under it. Carefully lift out the rootball and set it on a tarp for easier transport.

Move it to the new location. Fill the hole with water and let it drain before putting the honeysuckle rootball into it. Use the extracted soil mixed with compost to fill in around it, then water slowly until water stands on the surface of the soil. Repeat the watering several times a week.