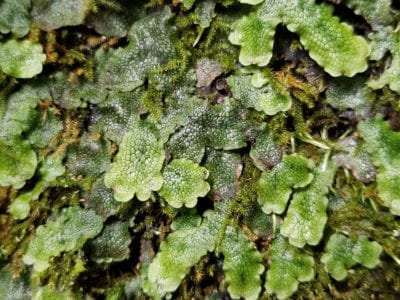 One of the most difficult aspects of choosing plants for fish tanks or aquascapes is to understand differences between common names and scientific names. While common names can be used interchangeably for different plants, scientific names help us to better identify specific plants. By using the scientific name, growers can be absolutely certain of what to expect.

Belonging to Phylum marchantiophyta, for example, liverworts are a popular addition to water plantings. What are the characteristics of liverworts though? Let’s learn more.

Considered some of the most primitive of plants, liverworts consist of about 6,000 to 8,000 species. These non-vascular land plants lack stomata, specialized openings that regulate air flow in the plant.

Upon further research, understanding facts about liverworts may be somewhat confusing due to the large list of names surrounding this simple plant. Liverwort plants generally display one of two growth habits: flattened leaves or a moss-like appearance. The plants get their name from the resemblance to the shape of the liver found in its leaves.

Unlike most plants, reproduction occurs through the development and spread of spores, much like algae.

Where Does Liverwort Grow?

Located on nearly every continent in a diverse array of ecosystems, liverworts are typically found in moist environments. However, their growth and reproduction in salty ocean environments is key.

Growth conditions for liverwort plants most often favor those in which various types of moss and fungi are found. In some cases, liverworts may even form symbiotic relationships with these growths.

How are Liverworts and Hornworts Different?

Learning more about the technical differences between types of aquatic plants is imperative. This is especially true for those who maintain planted aquariums. Choosing which phylum of aquatic plant to incorporate into fish tanks will require familiarity with each type.

While liverworts make unique and interesting choices for saltwater environments, hornworts should only be used in freshwater tanks.

With rising popularity in live plantings, those with aquariums now have more options than ever in working to create stunning visual displays. Research will be key in maintaining both healthy plants and fish.