What Is BioClay: Learn About Using BioClay Spray For Plants 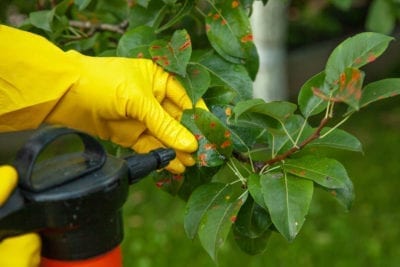 Bacteria and viruses are major plant diseases, decimating crops in both the farming industry and the home garden. Not to mention the hordes of insect pests that seek to feast on these plants too. But there is now hope, as Australian scientists from the University of Queensland have discovered what could ultimately become a “vaccine” of sorts to plants – BioClay. What is BioClay and how can it help save our plants? Read on to learn more.

Basically, BioClay is a clay-based RNA spray that turns off certain genes in plants and seems to be highly successful and promising. The spray was developed by the Queensland Alliance for Agriculture and Food Innovation (QAAFI) and the Australian Institute for Bioengineering and Nanotechnology (AIBN).

In lab testing, BioClay has been found to be very effective in reducing or eliminating a number of potential plant diseases, and could soon become an environmentally sustainable alternative to chemicals and pesticides. BioClay uses nontoxic, biodegradable clay nanoparticles to deliver RNA as a spray – nothing is genetically modified in the plants.

How Does BioClay Spray Work?

Just like us, plants have their own immune systems. And just like us, vaccines can stimulate the immune system to fight disease. The use of BioClay spray, which contains molecules of double-stranded ribonucleic acid (RNA) that switch off gene expression, helps protect crops from invading pathogens.

According to research leader, Neena Mitter, when BioClay is applied to the affected foliage, “the plant ‘thinks’ it is being attacked by a disease or pest insect and responds by protecting itself from the targeted pest or disease.” Essentially, this means once a virus comes into contact with the RNA on the plant, the plant will ultimately kill off the pathogen.

The biodegradable clay helps the RNA molecules stick to the plant for up to a month, even in heavy rain. Once it eventually breaks down, there is no harmful residue left behind. Using RNA as a defense against disease is not a new concept. What is new is that no one else has yet been able to make the technique last longer than a few days. That is until now.

While the use of RNA has traditionally been used to silence genes in genetic modification, Professor Mitter has stressed that her BioClay process does not genetically modify plants, stating that the use of RNA to silence a gene in the pathogen has nothing to do with the plant itself – “we are just spraying it with RNA from the pathogen.”

Not only does BioClay look hopeful as far as plant diseases go, but there are other benefits as well. With just a single spray, BioClay protects plant crops and degrades itself. There’s nothing left in the soil and no harmful chemicals, making it environmentally friendly. Using BioClay crop spray will result in healthier plants, increasing crop yields. And these crops are also residue-free and safe to consume. BioClay crop spray is designed to be target-specific, unlike broad-spectrum pesticides, which damage any other plants they come into contact with.

As of yet, BioClay spray for plants isn’t on the market. That said, this remarkable discovery is currently in the works and could be on the market within the next 3-5 years.