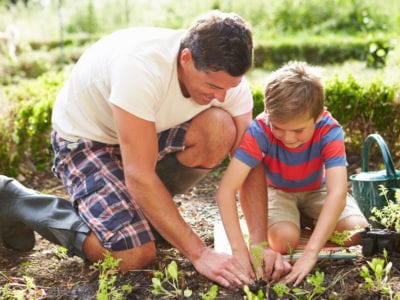 What to Plant on the Summer Solstice

Solstice signals the first day of summer planting. The varieties of plants you start this late in the growing season will usually be fall crops. Summer solstice gardening is a great way to extend the season well after your tomatoes and corn have all been consumed. You can look forward to a late season harvest if you plant on the first day of summer.

Temperatures are about to get very hot, but you can still expect germination and good growth from the first day of summer planting. Usually, summer solstice is late June here in the Northern Hemisphere, too late to start tomatoes or other long-season crops from seed, but just the right time for autumn crops.

Spring crops, like snap peas, are finished, so those sites are perfect to start fall plants. Before you plant, check how long the crop will take from seed to harvest and whether the plant can tolerate any possible fall frost. It’s not just vegetables that you can start either. There are many annual flowers and herbs that can be planted at summer solstice.

Cool season crops, like greens and snow peas, will not enjoy growing in hot summer temperatures. You might be able to get a crop if your summer is mild and you can provide some protection from blazing sun.

Some of the best plants to start at solstice are those in the cabbage family. Among these, kale can even survive frosts, and often continues growing in mild winter conditions. Some seeds may not germinate in temperatures that are too hot. Start seeds indoors and then plant them outside in prepared beds.

Before you plant, introduce seedlings to the conditions outdoors by leaving them outside for longer periods over a week’s time.

Vegetables, flowers, herbs, and even next year’s perennials may all be started at solstice. You can take cuttings or even suckers from plants like tomatoes and root them for quicker producing produce. Start herbs that favor sun and heat such as:

Some of the veggies that can be planted at summer solstice are: