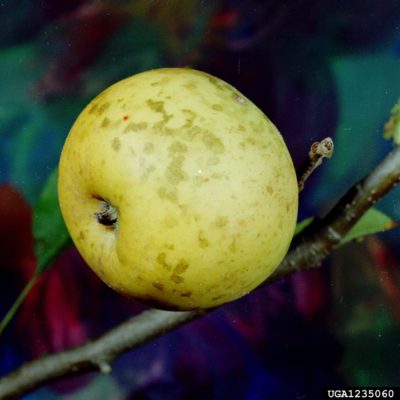 Apples from your own tree are one of the greatest rewards your garden can provide. But what do you do if your apples look a little less magnificent than the ones at the market? There are several treatments for apple blotch fungus disease, so read on to learn more.

What is Apple Blotch Fungus?

Apples are a beautiful addition to the home orchard and also work wonderfully as standalone plants in the landscape. Growing apples, however, isn’t as easy as growing other hardy perennials. If you want your apples to thrive and produce lots of fruit, you’ll want to pay close attention to their care throughout the year. Apple blotch fungus disease is just one common problem for both apple farmers and homeowners alike.

Blotch fungus on apples is a common disease caused by a variety of fungi throughout the fruiting season. Fortunately, it’s a problem that’s limited to the skin of the apple. It’s also safe to eat unless you have a mold allergy, so for many homeowners, apple blotch fungus disease may not pose a serious enough threat to treat. For others, some level of treatment between none and orchard-level protection may seem more appropriate.

Apple blotch symptoms usually present as quarter-inch (0.5 cm) or larger irregular areas on the surface of infected fruits. The color may be cloudy or sooty, often making the apple surface appear olive green. It’s common for smaller areas to come together to form larger, non-circular spots on the skin. Apple blotch fungus disease is sometimes accompanied by a similar fungal disease known as “flyspeck,” which will add small, raised black spots in addition to the sooty blotches.

If the blotch is minimal and the fruit’s appearance is acceptable, fruits can usually be eaten after a vigorous rub of the skin. Complete skin removal for baking or juicing will also eliminate the need to take a special effort against the fungus on your trees. Gardeners wanting to do more can remove nearby bramble patches to help destroy common vectors for apple blotch fungus.

Pruning your trees aggressively in the winter can also be a huge help since opening up the canopy means reducing internal humidity for your apple fruits. A good yearly prune also gives you better access to the fruits if you were to choose to spray them later.

Growers looking for more hands-on control methods may want to start by watching their fruits carefully in the spring. Infection can appear any time after the apple flower petals fall and the fertilized fruits begin to enlarge. If you notice blotches on the fruit, thin them while they’re small to prevent fungal transmission. Properly thinning your apples will both encourage larger fruit development and discourage a variety of pathogens, including apple blotch.

When treating apple tree fungus becomes a necessity, you have a few choices. You can apply a cover spray of fungicide as soon as the apple flowers begin to fall, then begin counting the hours your tree leaves are wet from rain or dew. At 175 hours, you’ll want to apply a second cover spray and then start applying a protective fungicide every 10 to 14 days throughout the growing season.

Fungicides containing thiophanate-methyl mixed with a contact fungicide, like captan, have been shown to be highly effective in orchard settings, but for homeowners, alternating sprays of kresoxim methyl or trifloxystrobin with thiophanate-methyl will provide good protection. Natural fungicides like sulfur spray are not effective against apple blotch fungus.