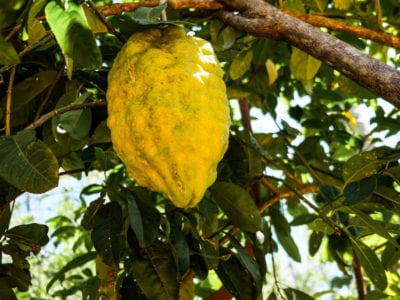 What is a Ponderosa Lemon?

Ponderosa lemons derive from a chance seedling discovered in the 1880’s and are most likely a hybrid of a citron and a lemon. They were named and launched into commercial nurseries in 1900.

The fruit of the dwarf Ponderosa lemon looks much like that of citron. It bears large, grapefruit-sized, pale green fruit with a thick, furrowed rind. While the fruit is juicy, it is extremely acidic. Blooming and fruiting occur year-round. As its name indicates, the tree is small, round at the top with medium-sized branches upon which hang large, elliptical leaves.

Usually grown as an ornamental, although the fruit can be used in place of lemon, the Ponderosa has purple-tinged flowers. Like all lemon trees or hybrids, Ponderosa lemons are very cold-sensitive and frost-tender. Ponderosa lemon growing should only occur in USDA hardiness zones 9-11 or indoors with additional light.

How to Plant a Ponderosa Lemon Tree

Ponderosa lemons are most commonly seed container planted on patios or as door front ornamentals in California and Florida. It grows well indoors as long as it is out of full sun exposure and air drafts. In Northern regions, grow lights should be provided.

When you plant a Ponderosa lemon tree, use one size larger container than that in which it has been growing in. Citrus trees like clay, which allows for good drainage and root aeration. A potting mix of equal parts peat moss, compost, perlite, and sterile potting soil should do the trick. Allow 1 inch (2.5 cm.) between the top of the pot and the soil surface to allow for watering.

Water the dwarf Ponderosa lemon just enough to moisten the soil. Citrus trees do not like wet roots. Cover a shallow container with pebbles and enough water to cover them. Set the potted tree on them to provide additional humidity if growing Ponderosa lemon indoors.

Keep the tree watered but not overly. A container-grown citrus may need to be watered one to two times a day in hot regions. Allow the top 1 inch (5 cm.) of soil to dry during the fall and winter seasons. Keep the tree in an area between 80-90 degrees F. (26 to 32 C.) to encourage blooming and fruiting. Mist the leaves with water daily to add humidity to the air.

Hand pollination is recommended using a small paintbrush, with fruit ripening within six to nine months.

Feed the tree with a citrus liquid fertilizer twice each month during the growing season. At dormancy, cut back to once a month in the fall and winter.

Additional Ponderosa lemon tree care is related to pruning. Prune the tree in the early spring prior to any budding. Using clean, sharp shears, remove any crossing branches. The goal is to create a strong, yet open canopy that allows for air circulation. Snip the canopy tips back several inches (9-10 cm.) to control the overall height and any growth that is seen on the trunk below the lowest branches. Also, remove any damaged or dead limbs year-round.

Move the tree back outside when sustained night temps are above 55 degrees F. (12 C.). Allow it to acclimate over the course of a couple of weeks by putting it out in a warm, shaded area during the day and moving it back inside at night. Gradually begin to move the tree into more sun exposure each day and leave it out for a couple of days. When the tree has hardened off, it should stay in sun outside until the fall, providing a sublime aroma of sweet citrus to the patio or deck.

Printer Friendly Version
Read more about Lemon Trees
<PreviousNext>
Did you find this helpful? Share it with your friends!
FacebookTweetPinEmail
Related Articles
Newest Articles
You might also like…
Additional Help & Information