What Is Smallage: How To Grow Wild Celery Plants 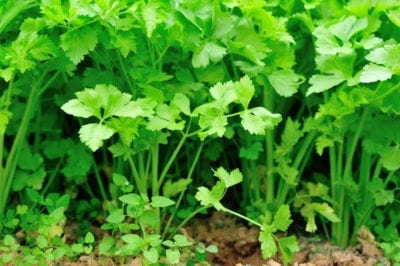 If you’ve ever used celery seed or salt in a recipe, what you are using is not actually celery seed. Instead, it is the seed or fruit from the smallage herb. Smallage has been harvested wild and cultivated for centuries and used medicinally for a variety of folkloric conditions. It is also called wild celery and, indeed, has many of the same attributes. Read on to learn about growing wild celery and other interesting smallage plant info.

As mentioned, smallage (Apium graveolens) is often referred to as wild celery. It has a similar, yet more intense, flavor and aroma than celery along with similar looking stalks, but the stalks are not usually eaten. Smallage stalks are much more fibrous than celery stalks.

The leaves can be used in a variety of ways and have a strong celery flavor. They look almost exactly like flat-leaved parsley. Plants get to about 18 inches (46 cm.) in height.

Smallage blooms with insignificant white flowers followed by seeds that are often used to make celery salt. The herb is said to repel some insects, such as cabbage white butterfly. This makes them useful as a companion plant near plants in the Brassica family.

The Renaissance magician Agrippa noted that smallage was useful in conjunction with other herbs and burned it as an incense to either dispel or gather together spirits. The ancient Romans related smallage to death and used it in their funeral wreaths. The ancient Egyptians also connected the herb with death and wove it into funerary wreaths. It was said to have been worn around King Tutankhamen’s neck as well.

It is variously said to be calming and sedating or sexually stimulating and arousing, depending upon the century. Gout sufferers have used wild celery to reduce the uric acid levels in their blood, as the herb contains several anti-inflammatories.

Smallage herb is not only referred to as wild celery but also as marsh parsley and leaf celery. The celery we know today was created by selective breeding throughout the 17th and 18th centuries.

How to Grow Wild Celery Plants

Smallage is a biennial, which means that the plant will bloom and set seed in its second year. It is also sometimes grown as an annual down to 5 degrees F. (-15 C.) but it will survive in warmer regions as a biennial.

Seeds can be started indoors and then transplanted outside once all danger of frost has passed for your area. Otherwise, start seeds outside soon after the last spring frost.

Sow the seeds ½ inch (1 cm.) deep and just barely cover with soil in rows in a sunny area of the garden. Seeds should germinate in about a week or two. Thin the seedlings to about a foot (31 cm.) apart.

Harvest leaves prior to bloom time as needed or harvest the entire plant by cutting it ¾ of the way down. If harvesting for seeds, wait until the second year, post bloom, and then harvest the dried seeds. If you do not cut or pinch out blooms, the plant will self-sow later in the year.