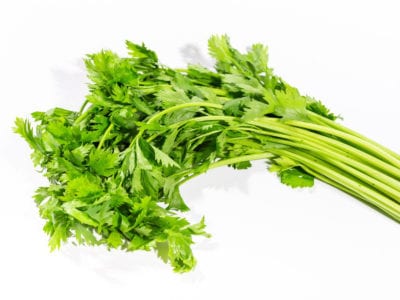 Planting European cutting celery (Apium graveolens var. secalinum) is a way to have fresh celery leaves for salads and cooking, but without the hassle of cultivating and blanching stalk celery. As the name implies, this type of celery originated in Europe, where it was used long ago for culinary and medicinal purposes. Read on for more Par-Cel herb info.

What is Par-Cel Cutting Celery?

Related to both stalk celery and celeriac, European cutting celery descended from wild celery which grew in marshes throughout the Mediterranean. Bred for sweeter-tasting leaves, varieties of cutting celery spread throughout Europe and Asia as far back as 850 BCE.

Par-Cel is a Dutch heirloom variety of European cutting celery. Named for its celery flavor and physical resemblance to parsley, Par-Cel cutting celery grows in a clump. It has long, slender stalks which branch at the top to hold clusters of parsley shaped leaves.

Many gardeners find growing leaf celery infinitely easier than stalk varieties. Par-Cel cutting celery can be directly sown in the garden, but can be difficult to germinate. Starting cutting celery indoors during late winter is recommended.

Sow seeds thinly on the surface of the soil as celery requires direct light for germination. To avoid disturbing emerging roots, allow water to wick up from below rather than watering from the top. Expect germination in one to three weeks.

Par-Cel cutting celery can be started in seed pots or cell seed starting trays and thinned to one plant per cell. If starting in a non-divided flat, transplant seedlings when the first set of true leaves are formed.

European cutting celery can be planted outdoors in sun to partial shade after danger of frost. Space plants 10 inches (25 cm.) apart in the garden. It appreciates relatively fertile soil that is kept consistently moist.

Par-Cel repels cabbage white butterflies and is a good companion plant for members of the Brassicaceae family. It also makes an attractive container plant. Try growing leaf celery among other herbs in a vertical garden or including Par-Cel in flowerpots with cosmos, daisies, and snapdragons.

Harvest younger leaves individually for fresh use in salads. Once cutting celery is established (about four weeks after planting outdoors), the stems can be mass harvested by cutting above the growing point. Cutting celery will regrow and can be harvested multiple times throughout the season.

Mature leaves have a stronger flavor and are best reserved for cooked dishes like soups or stews. The leaves can also be dried and used for seasoning. Use a dehydrator or hang the stalks upside down in a well-ventilated area. Crush or grind the dried leaves before storing.

Often cultivated as an annual, growing leaf celery as a second-year biennial allows gardeners to harvest yet another crop from this versatile plant. Protect the roots in the winter by mulching. The following spring, leaf celery will produce a flourish of flowers. Once mature, collect the celery seed for seasoning.

Printer Friendly Version
Read more about Celery
<Previous
Did you find this helpful? Share it with your friends!
FacebookTweetPinEmail
Related Articles
Newest Articles
You might also like…
Additional Help & Information