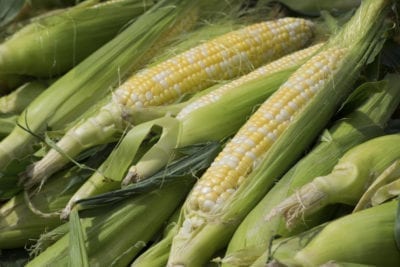 Fresh, sweet summer corn is a treat to look forward to when planning your garden. There are many corn varieties, from hybrids to heirlooms. Depending upon your zone, there are varieties of corn that ripen at different times of the season, various colors, and even sugar-enhanced types. We’ll go over some of the best kinds of corn so you can get cracking on your summer garden planning.

Popular Corn Plants You Can Grow

As you start your list of seeds to purchase, deciding which corn plants to grow can ensure a big crop of this sweet veggie. However, deciphering those seed catalogs can be challenging. Among all the types of corn, you will also have to decide if you want normal sweet corn, sugar enhanced, or super sweet corn. The choices can make a gardener dizzy. A primer on the three main categories of corn can help narrow down the selection.

This classic group is one of the most popular selections of corn varieties. The traditional flavor and texture simply sing “summer,” but the drawback is that they don’t store for long. More than a couple of days in the crisper and the sugars turn into starch. There are early and late maturing hybrids, making them a good selection for almost any zone.

These types of corn also come in white or yellow. Some of the standard varieties are:

Many of these are disease and blight-resistant with creamy flesh and standard sweet flavor and the young plants are vigorous.

These varieties may have up to 18 percent more sugar content than the standard sugar types. They hold better than sugar varieties but the skin around the kernels is more tender and sensitive to damage. However, this characteristic also makes them easier to chew. These are generally planted one week later than standard varieties.

Some of the better sugar-enhanced varieties are:

Supersweet may also be called shrunken corn due to the appearance of the dried kernels. There is twice the amount of sugar as traditional sweet corn varieties. Because they convert sugar to starch much slower, they can be stored much longer. The seeds of these types do not germinate well in cooler soils, and yields from plants are significantly less than sugar types.

They are also planted later in the season. The kernel has a much thicker exterior, which makes it great for storing and shipping but can be tough to eat. Common supersweet corn includes:

There are many more varieties in each category, but these illustrate some of the best types in each group. There is something for everyone. Satisfy a sweet tooth, harvest early, or store for longer. Surely one of these will be the right fit for your garden.