Companion Plants For Eggplant – What To Grow With Eggplants 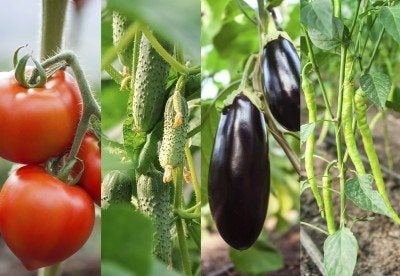 Eggplant can be considered to be a rather high maintenance plant. Not only does it require tons of sun, but eggplant needs additional nutrition beyond what it gets from the soil and consistent watering. Additionally, they are prone to insect attacks. There are, however, companion plants for eggplant that will make the prospect of growing them a bit less complicated.

What to Grow with Eggplants

Eggplants need to absorb a significant amount of nitrogen, hence the use of additional fertilizer, but planting eggplant companions such as annual legumes (like peas and beans), will help eggplants since these veggies leach additional nitrogen into the surrounding soil. If you grow trellised beans or peas, be sure to situate your eggplant in the forefront so they won’t be shaded and alternate rows of legumes with rows of eggplant.

Growing bush green beans as a companion planting with eggplant has a dual purpose. Bush beans also repel the Colorado potato beetle, a great connoisseur of eggplant. Herbs are also eggplant companions useful for bug repellents. French tarragon, for instance, will ward off any number of pesky insects while thyme deters garden moths.

Mexican marigold will repel beetles from the eggplants, but it is toxic to beans, so you’ll have to choose one or the other as companion plants for eggplant.

A number of other veggies make excellent companion plantings with eggplant. Among these are other members of the nightshade family: