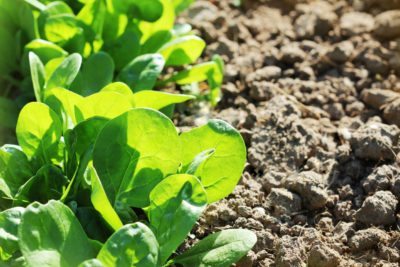 Spinach is a very popular cool season leafy green. Perfect for salads and sautés, plenty of gardeners can’t do without it. Since it grows so well in cool weather, it’s often one of the first things many gardeners plant. This is why it can be especially disheartening when those first spring seedlings fall ill and even die. Keep reading to learn more about common problems with spinach seedlings and ways to recognize and manage diseases of spinach seedlings.

Several pathogens are known to affect spinach seedlings. Although the sources are different, the result is usually the same– a condition known as either damping off or seedling blight. The symptoms of this condition include the seedling wilting and toppling over, the stem near the soil line becoming watery and girdled, and the roots becoming stunted and blackened. This is if the seedlings even manage to emerge from the ground.

Damping off can also affect seeds, keeping them from germinating. If this is the case, the seeds will have a layer of soil stuck to them by small threads of fungus. Damping off of spinach seedlings is often caused by Pythium, a family of fungus made up of several species that all have more or less the same effect.

Other pathogens, including Rhizoctonia, Fusarium, and Phytophthora, can also cause spinach damping off and seedling blight.

How to Prevent Young Spinach Disease

The pathogens that cause young spinach issues tend to thrive in cool, moist conditions. Unfortunately, spinach plants also prefer cool soil, but a lot of good can be done by planting seeds or seedlings in well-draining soil.

You can also combat harmful fungi by rotating your spinach crop with corn, and by applying fungicide at the time of seed sowing.