Incompatible Garden Plants: Learn About Plants That Don’t Like Each Other 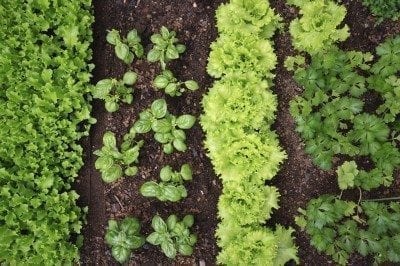 Gardeners do all they can to keep their plants happy and healthy, but sometimes, no matter what you do, certain plants just don’t go together. Plants that don’t like each other may be responding to different environmental needs, could be in direct competition with one another for major resources or one may attract insects that severely harm the other. Determining plant incompatibility can be a guess and check situation since soil types also have an influence on what plants should not be planted together.

There are a few basic rules of thumb when it comes to plants to avoid near one another. First, check that your garden plants are all about the same size and have the same light requirements. Planting very tall plants like tomato next to bush beans, for example, is a very bad idea since the tomatoes will very likely shade out the beans.

When planting taller and shorter plants together, make sure that the shorter plants are spaced far enough away and oriented so the sun will shine on them during the day. Many gardeners solve this problem by putting the shortest plants in their own row on the edge of the garden, or plant them as a border planting.

Plants that need a lot of water will cause those water haters nearby a great deal of discomfort; the same goes for fertilizer. It’s always a good idea to plant things with similar nutritional and water needs together, unless they’re fiercely competitive. Even then, you can often compensate by spacing them extra wide and providing enough fertilizer and water for both types of plants.

Last but not least are the plants that are allelopathic. Allelopathic plants have the capability to chemically impede the vital systems of competing plants. These plants are usually weeds, but many landscape and crop plants have been observed leaving behind allelopathic chemicals. Plant scientists are using these observations to develop better methods of weed control for farms and gardens alike.

What Plants Should Not Be Planted Together?

Black walnuts have long been known to interfere with garden plants like tomatoes, eggplants, and corn.

When planting broccoli in your garden, make sure that you practice good crop rotation since broccoli can leave behind residue that other cruciferous crops can’t tolerate.

Some plants, like alfalfa, seem to exhibit a remarkable type of allelopathy that interferes with the germination of their own seeds.

Garlic and onions are believed to interfere with the growth of beans and peas, but seem to be compatible with most other garden denizens.

Other commonly believed plant incompatibilities include the following plants to avoid near one another: