Crop Planting Info: When To Plant Your Vegetable Garden 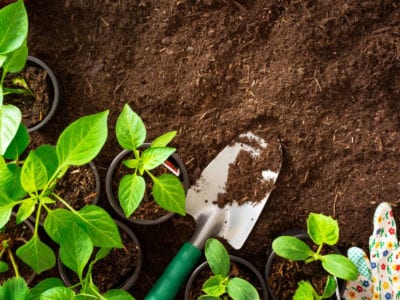 People differ in the exact times they plant their vegetable gardens. Keep reading to learn the best time to plant vegetables.

When to Plant Your Vegetable Garden

It’s easy to go by the frost-free dates that are expected during spring or fall as well as the hardiness of the plants themselves. To determine the best time to plant vegetables in the spring, check the hardiness zones for your area. These zones can be found on individual seed packets or in most gardening books.

Most crop planting info on when to plant vegetables centers around the types of crops grown– early, hardy/half-hardy, midseason, and tender crops.

Early crops mature faster; therefore, they can be easily replaced with other vegetables like lettuce, bush beans, or radishes to fill the empty spaces once these earlier crops have faded out. This technique, which is referred to as succession planting, also extends the growing and harvesting season.

Normally, early to midseason crops are planted in early spring while fall crops are generally planted in summer. The first planting should be done as early as possible but only when there is no danger of any frost. Hardy plants normally tolerate temperatures below freezing and are usually the first to be put into the garden as soon as the soil can be worked, which is typically about four weeks prior to the last frost date. The half-hardy varieties tolerate light amounts of frost; thus, can be put into the garden slightly before the last frost is expected.

Crops that are hardy typically include:

Some of these vegetables, such as peas, cabbage, broccoli, radishes, and cauliflower are also considered fall crops and can be planted in late summer. Potatoes, beets, carrots, lettuce, and artichokes are some of the half-hardy types, which typically are followed by the hardy varieties in the garden.

Tender crops do not tolerate cooler temperatures and are easily damaged by frost. As a result, these crops should not be put into the garden until well after any danger of frost. More often than not, you should wait at least two to three weeks after the last frost just to be safe. Many of these tender varieties require temperatures of at least 65 degrees F. (18 C.) in order to thrive. The most susceptible plants to cold temperatures include:

The most important thing to keep in mind when it comes to vegetable gardening is that what you grow and when you grow it really depends on the locality in which you live, as variables in both climate and temperature have a huge impact with regards to individual plant requirements.