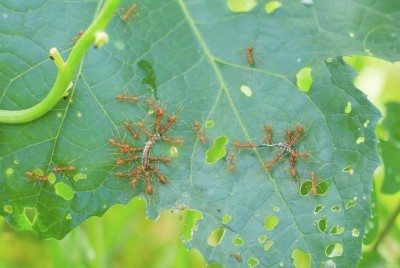 The amazing bounty of zucchini is undoubtedly one of the season’s greatest pleasures. These squash are one of the most prolific producers and zucchini growing problems are rare. They are, however, prey to numerous insect pests whose feeding activity can seriously damage the crop. Zucchini pests range from the tiny aphid to the ½ inch (1 cm.) squash bug, but the damage to the plants can often result in death. Early detection to find zucchini bugs on plants is crucial, as some of these pests can kill the vines in just a few days.

Most gardeners have a good laugh at the size some of their zucchini fruit attain. It stops being so funny when the fruit is taking over your garden and you can’t seem to give the stuff away quick enough. That type of exuberant growth should be celebrated and lauded, and it would be sad if anything happened to stop the consistent march of produce.

Unfortunately, some insects do plague the plant and jeopardize the harvest. Identification is important as each pest has a different treatment. For instance, you can’t just say the plant has zucchini worms when it is more likely some species of larva or caterpillar. Here are just a few of the most common zucchini bugs on plants.

Zucchini plants that look limp are often falling victim to any number of fungal diseases. They can also be experiencing the bite of the squash borer. Squash borers are hard to see because the hatched caterpillar crawls inside the zucchini stem. These hidden zucchini worms feed on the stem for up to six weeks before pupating and finally becoming adults.

Adults are a type of moth but more closely resemble a wasp. In addition to wilting plants, look for tiny holes in the stems and sticky black excrement. Early treatment as adults are laying eggs is the best way to control borers. Use neem oil every three to five days at the base of the plant from May through June.

Other worm-like pests of zucchini include:

Most of these insects can be controlled by using row covers, practicing good weed management, and using appropriate insecticides or horticultural oils and soaps for chemical free controls.

Printer Friendly Version
Read more about Zucchini
<PreviousNext>
Did you find this helpful? Share it with your friends!
FacebookTweetPinEmail
Related Articles
Newest Articles
You might also like…
Additional Help & Information