Flowers That Attract Moths: Tips For Attracting Moths To Your Garden 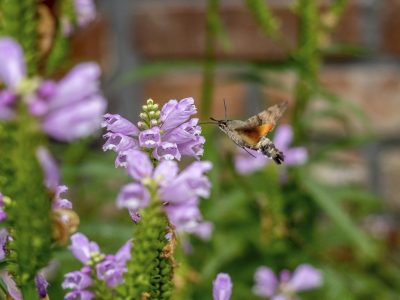 Colony collapse disorder, pesticide applications that wipe out millions of bees, and the decline of monarch butterflies are making all the headlines these days. Clearly, our pollinators are in trouble, which means our future food sources are in trouble. Very little attention is paid to the declining moth populations though.

Attracting Moths to Your Garden

Moths play an important but understated role in the cycle of life. Not only are they pollinators, but they are also an important food source for birds, bats, toads, and other small animals. Moth populations have declined approximately 85% since the 1950s, with at least ten species having gone completely extinct in that time.

Many moth species are declining because of chemical pesticides and loss of safe habitats; but the tachinid fly, which was introduced to control gypsy moth populations is also to blame. In addition to the gypsy moth larvae, the tachinid fly also kills the larvae of over 200 other species of moths.

While most pollinators just visit different gardens, moths may live their whole lives in one garden. Moths are attracted to gardens with a mix of plants that include grasses, flowers, shrubs, and trees. A moth-friendly garden should be pesticide free. It should also contain mulch, not rock. Plant clippings and fallen leaves should be allowed to accumulate a little for safe hiding spots for moths and their larvae.

Plants and Flowers That Attract Moths

If you want to invite moths to gardens, you’ll want to know what plants attract moths. Moths appreciate variety in the garden. Many use trees, shrubs, or perennials as host plants.

Some trees that attract moths are:

Shrubs that attract moths include:

Some other plants that attract moths are: