Vines For The Southern Region: Growing Vines In Texas And Nearby States 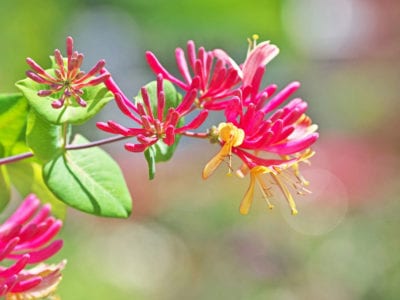 Vines for the southern region can add a splash of color or foliage to an otherwise humdrum vertical space, i.e., fence, arbor, pergola. They can provide privacy, shade, or cover up an unsightly structure or old chain-link fence. Vines can also be used as a groundcover. The trailing vines, such as sweet potato vine, cover grounds or slopes quickly.

Vines of South Central areas provide nectar, seeds, and berries relished by wildlife. Hummingbirds are drawn to the nectar of crossvine, trumpet coral vine, trumpet creeper, and cypress vine. Below is a list of annual and perennial South Central vines for Oklahoma, Texas, and Arkansas.

Vines for the Southern Region

There are many South Central vines to choose from, annual and perennial, with different climbing habits which may determine the type of vine you need.

Growing Vines in Texas And Nearby States

Perennial vines will return year after year. Certain annual vines, such as morning glory and cypress, drop seeds in the fall that germinate the next spring.

While vines can be low maintenance, ignoring them can result in a heavy, tangled mess. Some pruning is usually necessary for perennial vines. For summer flowering vines, prune in late winter or early spring. If the vine blooms in spring, it most likely is blooming on old wood (previous season’s buds), so prune them immediately after flowering.