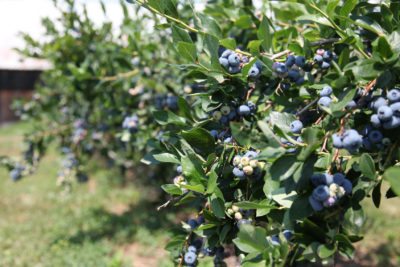 Blueberry lovers in zone 3 used to have to settle for canned or, in later years, frozen berries; but with the advent of half-high berries, growing blueberries in zone 3 is a more realistic proposition. The following article discusses how to grow cold-hardy blueberry bushes and cultivars suitable as zone 3 blueberry plants.

About Growing Blueberries in Zone 3

USDA zone 3 means that the range for minimum average temperatures is between -30 and -40 degrees F. (-34 to -40 C.). This zone has a fairly short growing season, meaning that planting cold hardy blueberry bushes is a necessity.

Blueberries for zone 3 are half-high blueberries, which are crosses between high-bush varieties and low-bush, creating blueberries suitable for cold climates. Keep in mind that even if you are in USDA zone 3, climate change and microclimate may push you into a slightly different zone. Even if you select only zone 3 blueberry plants, you may need to provide extra protection in winter.

Don’t get too excited about a bountiful harvest for a bit. Although the plants will bear a few berries in the first 2-3 years, they won’t get a sizable harvest for at least 5 years. It usually takes about 10 years before the plants are fully mature.

Zone 3 blueberry plants will be half-high varieties. Some of the best types include:

Other varieties that will do fairly well in zone 3 are Bluecrop, Northcountry, Northsky, and Patriot.

Chippewa is the largest of all the half-high and matures in late June. Brunswick Maine only gets to a foot (0.5 m.) in height and spreads about 5 feet (1.5 m.) across. Northblue has nice, large, dark blue berries. St. Cloud ripens five days earlier than Northblue and requires a second cultivar for pollination. Polaris has medium to large berries that store beautifully and ripen a week earlier than Northblue.