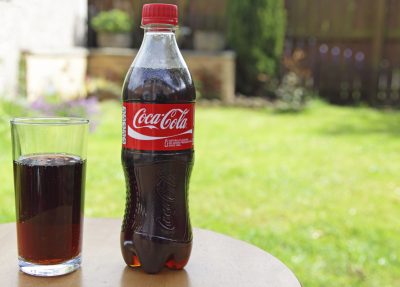 Whether you like it or hate it, Coca Cola is enmeshed in the fabric of our daily lives…and most of the rest of the world’s. Most people drink Coke as a tasty beverage, but it has a myriad of other uses. Coke can be used to clean your spark plugs and car engine, it can clean your toilet and your tiles, it can clean old coins and jewelry, and yes folks, it is purported to even relieve the sting of a jellyfish! It seems that Coke can be used on darn near everything. How about some uses for Coke in gardens? Keep reading to find out more about using Coke in the garden.

Using Coke in the Garden, Really!

A Confederate colonel by the name of John Pemberton was wounded during the Civil War and became addicted to morphine to alleviate his pain. He began searching for an alternative pain reliever and in his quest invented Coca Cola. He claimed that Coca Cola cured any number of ailments, including his morphine addiction. And, as they say, the rest is history.

Since Coke started out as a health tonic, might there be some beneficial uses for Coke in the garden? It seems so.

Apparently, using coke in the garden is nothing new to some folks. Some people poison their slugs and some drive them to drink by luring them with beer. What about Coke? Does Coke kill slugs? This supposedly works on the same principle as beer. Just fill a low bowl with Coca Cola and set it in the garden overnight. The sugars from the soda will entice the slugs. A come hither if you will, followed by death by drowning in acid.

Since Coca Cola is attractive to slugs, it stands to reason that it might be enticing to other insects. Seems this is true, and you can build a Coca Cola wasp trap much the same way that you did for your slug trap. Again, just fill a low bowl or cup with cola, or even just set the whole open can out.  The wasps will be attracted to the sweet nectar and once in, wham! Again, death by drowning in acid.

There are additional reports of Coca Cola being the death of other insects, such as cockroaches and ants. In these cases, you spray the bugs with Coke. In India, farmers are said to use Coca Cola as a pesticide. Apparently, it is cheaper than commercial pesticides. The company denies there is anything in the beverage that could be construed as useful as a pesticide, however.

Coke and compost, hmm? It’s true. The sugars in Coke attract the microorganisms needed to jump start the breaking down process, while the acids in the drink assist. Coke really does boost the composting process.

And, the last item to use Coke for in the garden. Try using Coke in the garden for your acid-loving plants like:

It is said that pouring Coke into the garden soil around these plants will reduce the soil pH.