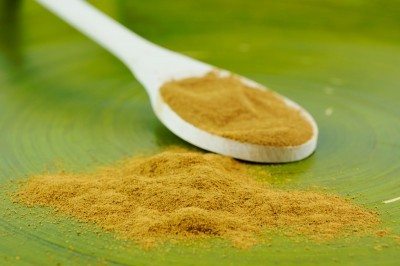 Cinnamon is a wonderful flavor addition to cookies, cakes, and any number of other foods, but to gardeners, it’s so much more. This versatile spice can be used to help root cuttings, to prevent fungus from killing small seedlings, and even for keeping pests away from your home. Once you learn how to use cinnamon powder for plant health, you’ll think twice about grabbing harsh chemicals for your gardening needs.

Benefits of Cinnamon on Plants

The benefits of cinnamon on plants is widespread and you may end up reaching for the spice almost daily. Here are some of the most common uses of cinnamon in gardens:

If you have a problem with ants in your home or greenhouse, cinnamon is a good deterrent. Ants don’t like to walk where cinnamon powder lays, so summer ant problems will be decreased.

Use cinnamon for pests inside and outside your house. Find their entryway and sprinkle cinnamon powder in the path. Cinnamon won’t kill the ants in your home, but it will help to keep them from coming inside. If you have a problem with ants in your child’s sandbox, mix a container of cinnamon powder with the sand, mixing it well. Ants will steer clear of the sand.

Cinnamon as a rooting agent is as useful as willow water or hormone rooting powder. A single application to the stem when you plant the cutting will stimulate root growth in almost every plant variety.

Give your cuttings a quick start with the help of cinnamon powder. Pour a spoonful onto a paper towel and roll damp stem ends in the cinnamon. Plant the stems in fresh potting soil. The cinnamon will encourage the stem to produce more roots, while helping to prevent the fungus that causes damping-off disease.

Damping off disease is a fungus-based problem that hits small seedlings just as they begin to grow. Cinnamon will help prevent this problem by killing the fungus. It also works with other fungal problems exhibited on older plants, such as slime mold and with deterring mushrooms in planters.

Take advantage of cinnamon fungicide control by making a cinnamon spray for plants. Stir some cinnamon into warm water and allow it to steep overnight. Strain the liquid through a coffee filter and put the results into a spray bottle. Spray the stems and leaves of affected plants and mist the potting soil in plants that have a mushroom problem.