What Does Wort Mean: Wort Family Of Plants 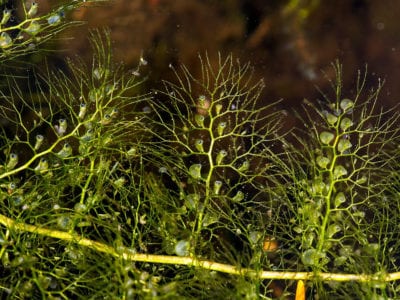 Lungwort, spiderwort, and sleepwort are all plants with one thing in common – the suffix “wort.” As a gardener, have you ever wondered, “What are wort plants?”.

Having so many plants with wort in their name, there should be a wort family of plants. Yet, lungwort is a type of borage, spiderwort belongs to the Commelinaceae family, and sleepwort is a type of fern. These are totally unrelated plants. So, what does wort mean?

What are Wort Plants?

Carolus Linnaeus, aka Carl Linnaeus, is credited with developing the plant classification system we use today. Working in the 1700s, Linnaeus created the format for binomial nomenclature. This system identifies plants and animals by genus and species name.

Before Linnaeus, plants were grouped differently, and this is how the word “wort” came into common use. Wort is a derivation of the word “wyrt,” an old English word meaning plant, root, or herb.

The suffix wort was given to plants that were long considered beneficial. The opposite of wort was a weed, such as ragweed, knotweed, or milkweed. Just like today, “weeds” referred to undesirable types of plants (though this isn’t always the case).

Plants with “Wort” in Their Name

Sometimes, plants were given the suffix “wort” because they looked like a part of human anatomy. Liverwort, lungwort, and bladderwort are such plants. The theory was if a plant looked like a body part, then it must be good for that particular organ. It’s easy to see the flaw in that line of thinking, especially when one considers liverwort, lungwort, and bladderwort have toxic properties and don’t cure liver, lung, or bladder diseases.

Other plants garnered the “wort” ending as they were considered medicinal plants used for the treatment of specific symptoms. Even in modern times, the purpose of feverwort, birthwort, and bruisewort seems self-explanatory.

Not all members of the wort family of plants have names that clearly identified their suggested use. Let’s consider the spiderwort. Whether it was named for the spider-like shape of the plant or its silky strands of sap, this beautiful flowering plant is definitely not a weed (well, not always anyway). Nor was it medicine for spiders. It was used in the treatment of insect stings and bug bites, which presumably included those inflicted by arachnids.

St. John’s wort is another head-scratcher. Named after one of the twelve apostles of Jesus, this plant earned its “wort” name from the time of year when it blooms. Used for centuries for the treatment of depression and mental disorders, this herbaceous perennial puts forth yellow blossoms around the time of the summer solstice and St. John’s day.

We may never know how or why all the plants with wort in their name earned their moniker, like hornwort. Or, for that matter, do we really want to know what our gardening ancestors were thinking when they doled out names like nipplewort, trophywort, and dragonwort?

Lucky for us, many of these names began falling into disuse during the 1700s. For that, we can thank Linnaeus and binomial nomenclature.