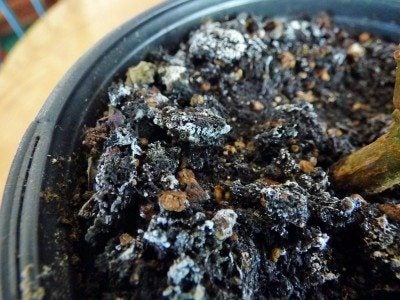 Hours of careful planning are followed by still more hours of planting and tending seed trays, all to fill your garden with beautiful plants, but fungus in seed trays can stop the project before it barely gets started. Depending on the type of fungal disease, seedlings may take on a twisted or water-soaked appearance, sometimes with fuzzy mold or dark colored threads on the surface of the soil. Read on to learn about fungus in seed trays and tips for fungus control when seed starting.

How to Control Fungal Growth

To help prevent fungal problems, use the following tips for fungus control when seed starting:

Commercial fungal treatments, such as Captan, are readily available and easy to use. However, you can also make an anti-fungal solution consisting of 1 tablespoon (15 ml.) peroxide in 1 quart (1 L.) of water.

Many organic gardeners have good luck by watering seedlings with chamomile tea or by sprinkling cinnamon over the surface of the soil immediately after planting.