What Is Fallow Ground: Are There Any Benefits Of Fallowing Soil 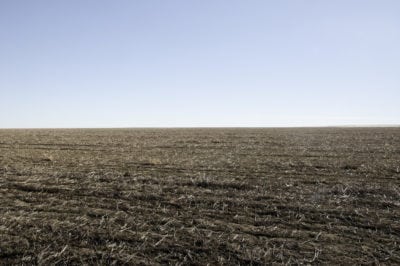 Farmers oftentimes mention fallow ground. As gardeners, most of us have probably heard this term and wondered, “what is fallow ground” and “is fallowing good for the garden.” In this article, we will answer these questions and provide information on the benefits of fallowing as well as how to fallow soil.

Fallow ground, or fallow soil, is simply ground or soil which has been left unplanted for a period of time. In other words, fallow land is land left to rest and regenerate. A field, or several fields, are taken out of crop rotation for a specific period of time, usually one to five years, depending on crop.

Fallowing soil is a method of sustainable land management that has been used by farmers for centuries in regions of the Mediterranean, North Africa, Asia and other places. Recently, many crop producers in Canada and the Southwestern United States have been implementing land fallowing practices too.

Early in the history of fallowing, farmers usually did a two-field rotation, meaning they would divide their field into two halves. One half would be planted with crops, the other would lie fallow. The following year, farmers would plant crops in the fallow land, while letting the other half rest or fallow.

As agriculture boomed, crop fields grew in size and new equipment, tools and chemicals became available to farmers, so many crop producers abandoned the practice of soil fallowing. It can be a controversial subject in some circles because a field left unplanted does not turn a profit. However, new studies have shed much light on the benefits of fallowing crop fields and gardens.

So, should you let a field or garden lie fallow? Yes. Crop fields or gardens can benefit from fallowing. Allowing the soil to have a specific rest period gives it to replenish nutrients which can be leached from certain plants or regular irrigation. It also saves money on fertilizers and irrigation.

In addition, fallowing the soil can cause potassium and phosphorus from deep below to rise toward the soil surface where it can be used by crops later. Other benefits of fallowing soil are that it raises levels of carbon, nitrogen and organic matter, improves moisture holding capacity, and increases beneficial microorganisms in the soil. Studies have shown that a field that has been allowed to lie fallow for just a year produces a higher crop yield when it is planted.

Fallowing can be done in large commercial crop fields or small home gardens. It can be used with nitrogen fixing cover crops, or the fallow land can be used to pasture livestock when at rest. If you have limited space or limited time, you do not have to leave the area unplanted for 1-5 years. Instead, you could rotate spring and fall crops in an area. For instance, one year only plant spring crops, then let the ground go fallow. The next year plant only fall crops.