Common Anise Diseases: How To Treat A Sick Anise Plant 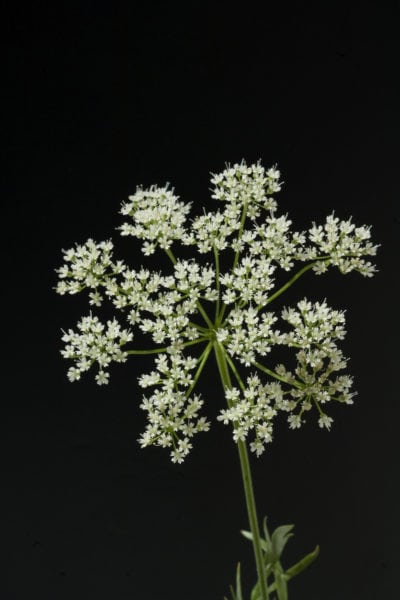 With its delicious, sweet licorice flavor, anise is a must have for many cultural and ethnic gardeners. While it is fairly easy to grow, the anise plant is not without its problems, specifically diseases of anise. Anise diseases may afflict the plant minimally or be quite severe. It’s important to recognize the symptoms in order to learn how to treat a sick anise plant before a disease progresses to the point of no return.

Anise, Pimpinella anisum, is native to the Mediterranean and is cultivated for its fruit, which is used as a spice. This annual is fairly easy to grow when provided with adequately draining soil in a temperate to subtropical climate. That said, it is susceptible to several anise diseases.

Anise is an herbaceous annual from the family Umbelliferae. It can grow up to 2 feet (61 cm.) in height. It is primarily used in sweet confections but also features prominently in national drinks such as Greece’s ouzo, Italy’s sambuca, and France’s absinthe.

What’s Wrong with My Anise?

Diseases of anise are commonly fungal in nature. Alternaria blight is one such fungal disease that causes small concentric ringed spots that are yellow, brown, or black spots on foliage. As the disease progresses, leaves often are left with a hole where the lesion has dropped out. This disease is transmitted via infected seed and poor air circulation facilitates its spread.

Downy mildew is caused by the fungus Peronospora umbellifarum. Here again, yellow spotting appears on the foliage but, unlike alternaria blight, has a white fluffy growth that is visible on the undersides of the leaves. As the disease progresses, the spots darken in color. This anise plant problem primarily affects the new tender leaves and is fostered by prolonged wet foliage.

Powdery mildew is caused by the fungus Erisyphe heraclei and results in a powdery growth on the leaves, petioles, and blossoms. The leaves become chlorotic and if the disease is allowed to progress, flowers become distorted in shape. It is spread on the wind and favored by conditions of high humidity combined with warm temperatures.

Rust is yet another fungal disease that results in light green lesions on foliage that become chlorotic. As the disease progresses, yellow-orange abscesses appear on the underside of the leaves, stems well, bend and distort, and the entire plant is stunted. Again, this disease is favored by high humidity.

How to Treat a Sick Anise Plant

For other fungal diseases, avoid overcrowding plants, rotate with crops that are not in the Umbelliferae family (parsley), plant in well-draining soil, and water at the base of the plants.