Cilantro / Coriander
By: Becca Badgett, Co-author of How to Grow an EMERGENCY Garden
Printer Friendly Version 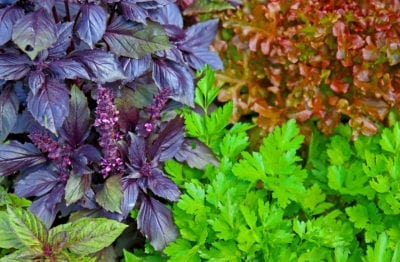 You may be familiar with cilantro as a pungent herb that flavors salsa or pico de gallo. That same fragrance, used throughout the garden, can attract beneficial insects and encourage growth of some crops, such as spinach.

Cilantro, as a companion plant in the garden, is an excellent means of attracting beneficial insects. Beneficial insects in the garden use various means of destroying the bad bugs that exist to maim and mutilate your crops. Often, tiny beneficials lay eggs on your garden plants, which feed on pests after hatching. Plant a few seeds of cilantro for companion planting with various other crops.

Tiny flowers of cilantro as a companion plant accommodate beneficial bugs and encourage them to maintain residence in your gardens. As a companion plant, cilantro may be planted throughout the garden in well-placed locations, tucked in near tomato and spinach plants or planted in rows bordering fruits and vegetables. Choose varieties of cilantro which bolt easily, producing flowers quickly. Cilantro is a short-lived flowering herb which may be re-seeded every few weeks to maintain its potent effect.

Cilantro for companion planting will produce flowers by late spring or early summer, depending on location and when it is planted. Other small flowered plants such as sweet alyssum and creeping thyme may be planted for pest control earlier in the season.

Basil, mint, yarrow and tansy are good choices for companion planting with cilantro. This cool season herb, sometimes called Mexican parsley, may experience warm season growth when planted under and shaded by tomatoes. Include jalapeno peppers and onion nearby by for everything you need for a salsa garden. Leaves of cilantro that become infested with bugs should be discarded.

Parasitoid wasps and hover flies are just two of the beneficial insects attracted to the garden with cilantro for companion planting. Use of cilantro as a companion in the garden, in combination with other small flowering pungent herbs, may provide a pest-free garden or at least keep bad bugs to an acceptable minimum that does not allow for damage to your crops.