Pear Varieties: What Are Some Common Types Of Pear Trees 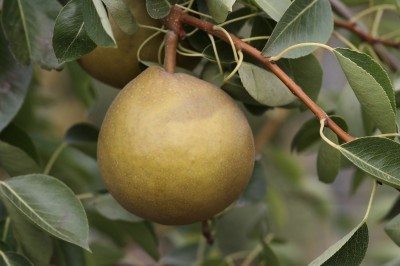 Pears are a terrific tree to grow in the garden or landscape. Less prone to pests than apples, they provide beautiful spring flowers and bountiful fruit for years. But pear is a broad term – what are the different varieties of pear and what are their differences? Which ones taste the best, and which will grow in your area? Keep reading to learn about the different types of pear trees.

European pear varieties are the most classic examples of the pears you buy in the store. They have a sweet, juicy quality and include:

They’re picked hard on the vine then ripened in storage. They are also, unfortunately, very vulnerable to fire blight, a bacterial disease that’s especially prevalent in the southeastern United States.

Other parts of the world have more success growing European pears, but they’re still always somewhat vulnerable. If you’re worried about fire blight, you should consider Asian pears and other hybrid pear tree types.

Asian and hybrid pear varieties are much hardier against fire blight. The texture is somewhat different, though. An Asian pear is shaped like an apple and has a crisper texture than a European pear. It’s even sometimes called an apple pear. Unlike with European pears, the fruit ripens on the tree and can be eaten immediately. Some common varieties are:

In addition to these fruiting pear varieties, there are also flowering pear tree varieties. Unlike their fruiting cousins, these trees are grown for their attractive ornamental qualities rather than the fruit.

The most common ornamental pear tree variety grown in landscapes is the Bradford pear.