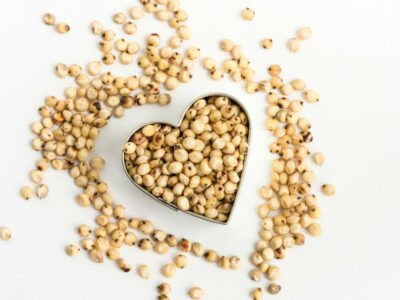 Sorghum grain is making a comeback. The Sorghum plant has been a food plant for centuries, but in recent decades, cropping has declined. It is a common food in many countries as a porridge, flour, or even an alcoholic beverage. Grain Sorghum is also made into a syrup, although corn syrup is a top sweetener. There are many other Sorghum uses outside of a human food crop.

Sorghum doesn’t enjoy as much popularity today as it did in the 1800s. Then it was an important sweetener and many cuisines featured it in classic recipes. It has received more interest in recent years due to its important properties. The Sorghum plant is a southern crop in the grass family. The flower stalk matures in hues of yellow, red, brown and combinations of each. This is Sorghum bicolor, a nutrient rich food for humans and animals.

In addition to its use as a porridge or syrup, grain Sorghum is also an important animal forage or feed. It is also used to make ethanol, much in the same way as corn. As a human food, is Sorghum gluten free? Many diners are adopting a gluten free lifestyle due to allergies or dietary preferences. The Sorghum plant is a gluten free option being developed to address these new preferences. It is used much like corn and can even be popped. It is high in B vitamins, fiber, iron, and magnesium. It also contains more protein than corn or rice.

This celiac safe grain is primarily grown in warm regions. The plant is tolerant of poor soils and dry conditions. Sorghum bicolor is cropped as either a grain crop or sweet Sorghum, used in syrups and other foods. The plant is a fast growing annual, achieving 5 feet (1.5 m) or more. The leaves are corn-like and the inflorescence is a clustered spike which is green when mature, but ripens to a variety of colors. The plant is cropped but also grows wild in many regions.

Sorghum has many uses. In traditional medicine, the seeds were used for a variety of ailments. Modern medicine has experimented with its use in cancer treatment and to alleviate stomach problems. In dry, arid regions where trees are scarce, the stubble is used as fuel. It may be fed to animals or cultivated as forage. Sweet Sorghum is pressed to release the sap and made into syrup or a molasses type of item. Sorghum flour is the ground plant. It is rather crumbly so if substituting in a recipe, the addition of fruit such as apples or bananas, or xanthan gum improves consistency. It can be cooked as a substitute for rice in a 3-1 ratio to water. Popping the seeds is a delicious gluten free snack.

Printer Friendly Version
Read more about General Grains
<Previous
Did you find this helpful? Share it with your friends!
FacebookTweetPinEmail
Related Articles
Newest Articles
You might also like…
Additional Help & Information