Controlling Invasive Herbs – How To Stop The Spread Of Herbs 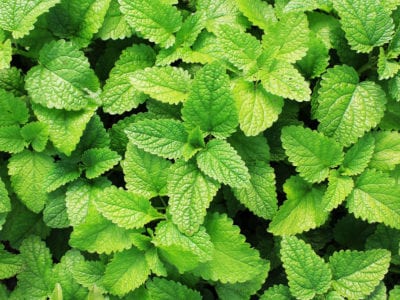 Growing your own herbs is a joy for any foodie, but what happens when good herbs go bad? While it sounds like a lame play on a TV show title, controlling invasive herbs is sometimes a reality. Keep reading to learn what to do when herbs become invasive.

What herbs become invasive? Herbs that spread through runners, suckers, or rhizomes and even herbs that become so large they’ve taken over more than their share of space are the ones to look out for. Then there are the herbs that produce prodigious amounts of seeds as well.

Probably the most notorious of the herbs that spread is mint. Everything in the mint family, from peppermint to spearmint, doesn’t just seem to spread but has a rather diabolical desire to take over the world through underground runners.

Other herbs that become invasive through underground runners include oregano, pennyroyal, and even the easy-going thyme can run amok.

Plants that bloom are determined to reproduce themselves, and blooming herbs are no exception. Calendula, catnip, chamomile, chives, dill, lemon balm, and even generally difficult to germinate valerian are all examples of good herbs that may go bad, taking over precious garden space and crowding out other perennials.

Other herbs that spread are:

How to Stop the Spread of Herbs

Controlling invasive herbs depends on how the invasions are occurring. To prevent herbs from getting overly large and invading the garden in this manner, prune them back regularly.

In the case of herbs like mint, which spread like wildfire via their underground rhizomes, grow the plant in a container. Herbs that spread through underground runners should be planted in a raised planting bed.

For the greedy blooming herbs, don’t neglect deadheading. If you decide to get lazy and allow seeds to form, it’s all over. Some herbs, like chamomile with its miniature daisy-like blooms, are pretty much impossible to get in their entirety, and the likelihood of seeing dozens more plants the next year is high, but other blooming herbs can be controlled by snipping the blooms as they fade.

To minimize reseeding as much as possible, also mulch heavily or lay down a weed barrier each year. That said, the area under and directly around the herbs may be safe from reseeding, but everything else from cracks in the walkway to the lawn is fair game.