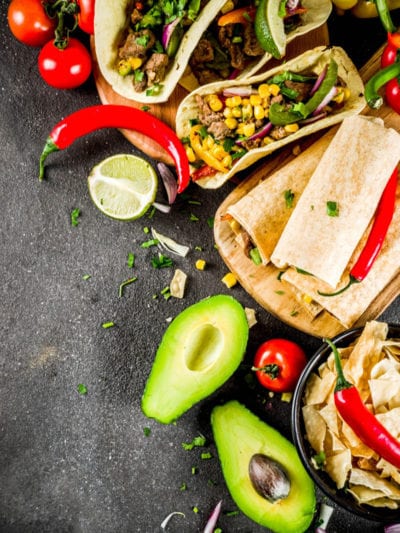 Love the intense flavors and aromas of Mexican cuisine? Designing a Mexican herb garden for your landscape might be just the thing to add a little south of the border zing into weeknight dinners. This type of edible landscaping is not only attractive, but functional as well.

How to Design a Mexican Herb Theme Garden

The ideal shape for this garden is a square or rectangle, which will allow you to easily move through the garden while harvesting. The size of your garden can vary, but an 8 x 12 foot space is a nice size.

Numero uno when designing a Mexican herb garden is to get it ready. The planning process begins in winter and spring with late summer into early fall being the best time to prepare the area for spring planting.

Mark the boundaries of your Mexican herb garden in an area that gets full sun and remove all grass and weeds as well as rocks and large roots. Dig your paths down a few inches and mound the resulting dirt atop the planting areas to create raised beds. Use brick or paving stones to line the pathways, outer frame of the garden and the center diamond.

Amend the soil of your Mexican herb garden with lots of compost or other organic matter and then mulch the beds with straw, shredded leaves or additional organic substance.

Next comes the fun part. It’s time to pick the Mexican herb plants — and maybe a couple of other plants essential to Latin cuisine — that will create the framework for your Mexican herb theme garden. Not all of them have to be herbs; surely you will like to include some tomatoes or tomatillos and maybe a Serrano pepper plant or jalapeno plant or your own favorite chili pepper. Oh, and you have to have garlic and onion, which can be tucked in among the other plants wherever they fit. Perhaps, even a potted lime tree at center stage in the garden.

Certainly some “must have” Mexican herb plants jump out immediately:

If you are not a big fan of cilantro, perhaps plant some flat leaf parsley for a milder flavor. If you live in a hotter region, plant the cilantro in a pot. Cilantro, or coriander, tends to bolt when temps soar, so by potting it, you can move the herb out of the hot sun promoting leaf, not seed, production. Mint, also, should be potted to restrain its rampant growing habit.

Thyme and marjoram should also be included in the Mexican herb theme garden. Along with Mexican oregano, these three become the Latin boquet garni, the backbone of Latin cooking.

Beyond these more obvious options, when growing Mexican herbs, there are a plethora of lesser known ingredients crucial to the cuisine.

And, lastly, although most of us ascribe its use in Italian cuisine, plant some basil. Sweet basil shows up in a number of Mexican recipes.

Water the garden moderately but keep an eye on it during dry spells.

Feed the tomatoes, peppers and basil with an organic fertilizer; ideally a foliar spray of compost tea. Avoid overdoing it on the nitrogen, however, since too much can reduce fruiting.