Diseases Of Pumpkins: Learn About Pumpkin Diseases And Treatments 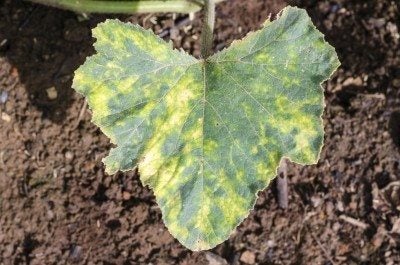 Whether you are planting pumpkins for eventual carving with the kids or one of the delicious varieties for use in baking or canning, you’re bound to encounter problems with growing pumpkins. It might be an insect invasion or some other critter munching on the pumpkins, or it may be any one of a number of diseases of pumpkins threatening your crop. Pumpkin disease identification is of primary importance when treating pumpkin diseases. The following article contains information on pumpkin diseases and treatments.

It is important to identify as soon as possible any diseases affecting the pumpkin crop. Early detection will enable you to treat the symptoms early on and, hopefully, save the crop. It is helpful to not only recognize the symptoms of infectious diseases but also to know how they spread and survive. Diseases afflicting pumpkins may be foliar in nature or diseases of the fruit. Foliar disease often opens the plant up to other infectious diseases as well as sunscald.

It is one of the easiest diseases to identify and unlike other foliar diseases, tends to increase in severity during periods of dry weather. To combat powdery mildew, rotate with non-cucurbit crops and treat with fungicide at the first sign.

Downy mildew is seen as lesions on the upper surface of the foliage. Initially, the lesions are yellow spots or angular water soaked areas. The lesions become necrotic as the disease progresses. Cool, wet conditions foster this disease. Again, the spores are dispersed via wind.

Broad spectrum fungicides are somewhat effective against downy mildew. Planting early season varieties can also reduce the chances of downy mildew infiltrating the crop, as the disease is generally more common late in the growing season when conditions are cool and rains are more likely.

Anthracnose begins as small, light brown spots outlined with a darker margin that expands as it progresses. Eventually, the leaves develop small holes and fruit may show lesions as well.

White speck, or Plectosporium, also appears as tan spindle shaped lesions on the surface of the leaves. Fruit can become afflicted, showing tiny white spots that are more circular in shape than the diamond shaped leaf lesions.

Gummy stem blight affects most cucurbits and is caused by both Didymella bryoniae and Phoma cucurbitacearum. This disease is most common in the southern United States.

Fungicide applications at the first sign of any of these diseases will aid in reducing and combating them.

There are no disease resistant varieties. Treating this pumpkin disease with cultural control alone is insufficient. Combine crop rotation, planting of non-susceptible crops, fall tillage, and fallowing areas with a history of the disease with chemical control. Fungicides should be applied in 10 to 14 day intervals beginning when the vines have a heavy canopy of leaves.

Although the names are similar, fusarium crown rot is unrelated to fusarium wilt. Wilting is a sign of crown rot along with yellowing of the entire plant. Over a two to four week period, the plant eventually decays. Leaves will be marked with water soaked or necrotic areas while fruit symptoms vary, depending upon the fusarium pathogen.

Yet again, the spores survive in the soil for long periods of time and are spread through the use of farm equipment. There are no disease resistant varieties. Crop rotation will slow the fusarium pathogen population. There are no chemical controls for this disease.

Sclerotinia rot is a cool season disease that affects many types of vegetables. The pathogen produces sclerotia that can survive in the soil indefinitely. Cool temps and high relative humidity foster the development of a white, cottony mold around water soaked infected areas. Black sclerotia grow among the mold and are the size of watermelon seeds.

The whole plant, including the fruit, rots. Spores are spread through wind. There are no disease resistant pumpkin varieties. Fungicides can be effective if applied to young plants.

Phytophthora blight is a serious disease caused by a fungal pathogen that can reside in the soil indefinitely and spread rapidly. Primary symptoms can be viewed on the fruit and spreads to the vines. A soft rot combined with an expanding area of white, cottony mold is seen. It also afflicts many other crops.

Phytophthora blight is most severe when late summer is cool and wet. Spores are dispersed through water splash, wind, and equipment use. There are no disease resistant varieties of pumpkin. Crop rotation may reduce the severity of the disease for future crops as well as avoiding planting in soil that drains poorly or tends towards standing water. Fungicide applications can reduce losses.

Bacterial fruit spot is common amongst pumpkins and other fall squash. It presents as small lesions on the fruit. The foliage does have small, dark, angular lesions but they are difficult to detect. Fruit lesions occur in clusters and are scab like. They enlarge, becoming blisters that eventually flatten.

There are also a number of viral diseases such as cucumber mosaic virus, papaya ring spot virus, squash mosaic virus, and zucchini yellow mosaic virus that can afflict pumpkins.

Foliage of virus infected plants tend to be mottled and distorted. Plants that are infected early in development or near or before the bloom time are most seriously affected and produce fewer fruit. Fruit that does develop is often misshapen. If the plant is infected once the pumpkins have attained full size, there is rarely any effect on the quality of the fruit.

Viruses survive in weed hosts or are spread via insect vectors, usually aphids. Late pumpkins have a greater chance of becoming infected with a virus, so plant early maturing varieties. Keep the area weeded to reduce the chance of infection.