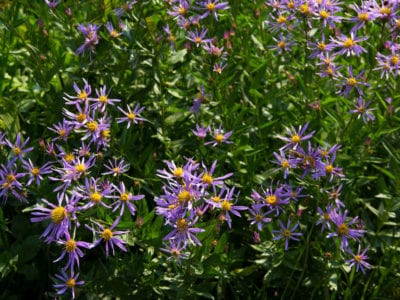 There is an abundance of perennials for growing in the northwestern U.S. The temperate climate is a genuine Eden for perennial gardening in Pacific Northwest regions. Even better, some flowers that become annuals in other parts of the country grow as perennials for Pacific Northwest gardeners. Pacific northwest perennial flowers suited for the region range from sun worshippers to shade lovers and bulbs to groundcovers.

Choosing Perennials for the Pacific Northwest

Native flowering plants are a good place to start when choosing perennials for northwestern U.S. Perennial flowers in this area have several advantages. They have acclimated to conditions domestic to this region such as the amount of rainfall and soil conditions. This means they are guaranteed to return reliably year after year, unlike more exotic subtropical perennial choices.

However, many subtropical plants will not only survive year after year but thrive. This depends on which area of the northwest you reside in, of course. In some extremely mild areas, subtropicals will survive without any assistance, while in others protective measures should be taken during winter.

When looking for perennial flowers suitable for the Pacific Northwest, know the conditions for your area. Is rainfall a rarity? If so, look for plants with drought tolerance. Are temperatures mild year-round, or are cold temperatures and snow the norm? Also, ask yourself what the job of the perennial will be, such as groundcover, privacy screen, or mass planting? What type of sun exposure will the perennials need?

Perennials for the Northwestern U.S.

There are plenty of sun-loving perennials for Pacific Northwest gardeners to choose from:

Low maintenance shade lovers that only require three to four hours of sun per day include:

Adaptable perennials for the Pacific Northwest, in that they are tolerant of sun to part shade, include: