Hops Companion Plants: Learn What To Plant With Hops In Gardens 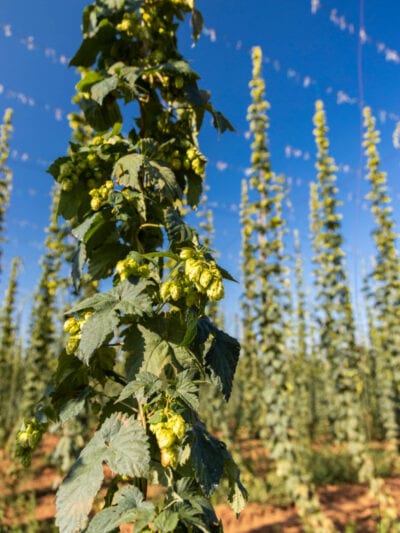 What Not to Plant near Hops

As you contemplate starting hops rhizomes, you should consider what to plant with hops and what not to plant near hops. The hop vines will likely crowd out many other plants, as they rapidly develop. Hops companion plants will need to be at least a foot (30 cm.) away and vines should be kept pruned to avoid smothering the other plants.

Any plant that likes full sun, plenty of water, and doesn’t mind being clambered over can be grown with hops. There are those plants, though, which have allelopathic properties and should be planted well away from hops. Allelopathy is when a plant releases chemicals that delays other plant growth or even kills them.

It is a useful adaptation which keeps competitive weeds away from the allelopathic plant. Some allelopathic plants are used in this way in crop situations such as peas, sorghum, and rice. Still others are not suitable to use around other plants because they will either kill them or make them sickly. Black walnut is a commonly known example of this.

What to Plant with Hops

Hops plant companions, such as corn, have similar cultural requirements and are sturdy enough to withstand some vines tangling around them once they are full sized.

Having herbs and plants, like marigolds, nearby can help attract beneficial insects, such as bees and repel pest insects such as cucumber beetles.

Each of these is a vigorous enough plant for base crops and has different benefits to the hops as well as uses in the kitchen and natural medicine cabinet.

Printer Friendly Version
Read more about Hops
<PreviousNext>
Did you find this helpful? Share it with your friends!
FacebookTweetPinEmail
Related Articles
Newest Articles
You might also like…
Additional Help & Information